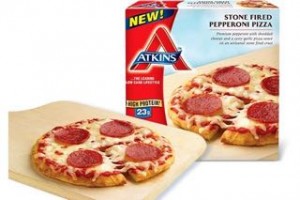 More than four years after buying Atkins Nutritionals, Roark Capital is moving forward with plans to sell the company.

Denver-based Atkins makes and sells a variety of diet nutrition bars, shakes and frozen meals. The company produced about $311 million in 2012 revenue, Moody’s Investors Service said in a March 2013 note. That was up from $200 million in revenue when North Castle Partners sold Atkins to Roark in 2010.

The Wall Street Journal reported in February that Roark was gearing up to sell Atkins. A sale of the low-carb pioneer could fetch $1 billion, the story said.

Private equity, which has owned the company for nearly a dozen years, is expected to be interested again, sources said. There is pent up demand among PE firms for a food deal, the second private equity source said. “All the PE people that focus on food have been incredibly boxed out of deals the last three years because of the aggressive valuations being paid by strategics,” the second source said.

Roark, an Atlanta private equity firm that also owns Cinnabon and Arby’s, paid $301 million in December 2010 to buy Atkins from North Castle. Roark got some of its money back in 2013 when Atkins paid a $118 million dividend to its shareholders, including Roark, Moody’s said at the time.

Roark’s investment came from its second PE fund, which closed at $1 billion in 2008, according to a November 2010 FTC filing. Roark has since raised Fund III ($1.5 billion in 2012) and Fund IV ($2.5 billion in December 2014). Performance data for the second fund was unavailable, but Fund III produced a 10.17 percent net IRR and 1.1x total value multiple as of Sept. 30, the Washington State Investment Board said.

Known for its low-carb diet, Atkins was a hot commodity during the last decade. In 2003, Parthenon Capital Partners acquired a majority stake in a $533 million LBO. Goldman Sachs Capital Partners also invested (Parthenon and Goldman reportedly invested $150 million equity and are believed to have lost much of that). Just two years later, the low-carb fad faded, and Atkins sales crashed to $200 million from $700 million in 2004.

The diet company filed for bankruptcy protection in 2005. In the winter of 2006, it emerged from Chapter 11 and was owned by its lenders. The following year, North Castle acquired a majority stake for $100 million. Three years later it made 5x its money when it sold the company to Roark.

“This will be a very well attended auction in the first round,” the second PE source said.