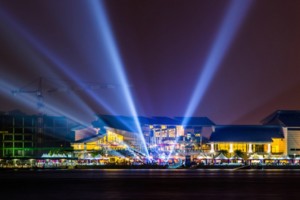 Searchlight Capital Partners is set to close its second fund on its increased cap of $1.9 billion, according to two people with knowledge of the fundraising.

The close could happen as soon as Friday, the people said.

The New York-based firm raised the cap on the fund from $1.8 billion to $1.9 billion, according to one of the people. A GP commitment to the investment vehicle of around $35 million will boost the total to more than $1.9 billion.

Searchlight raised its cap to accommodate additional limited partners. Because of heavy demand, the firm had to cut back LPs, the people said.

Park Hill Group worked with the firm on fundraising.

Fund II is a dramatic increase from the firm’s debut fund, which closed on $864 million in 2012. The inaugural fund generated a 31.2 percent gross internal rate of return and a 1.5x gross multiple as of June 30, 2015, according to the Pennsylvania Public School Employees’ Retirement System.

One factor that gave some LPs pause during the fundraising was the unrealized nature of the Fund I portfolio. Searchlight has not had any full exits from Fund I, though it has distributed capital back to LPs through dividend recapitalizations. PSERS called the portfolio “young and largely unrealized” in its investment report from October.

“While we would like to see a greater level of realization activity, the Fund I portfolio is still very young, having invested/committed greater than 75 percent of invested capital post-Jan. 2014,” the PSERS report said. “Searchlight ultimately expects the fund to generate net returns in excess of 20 percent/2x.”

Searchlight makes private equity and distressed investments in North American and European businesses. It was formed in 2010 by Eric Zinterhofer, former co-head of media and telecommunications at Apollo Global Management; Oliver Haarmann, a former partner at Kohlberg Kravis Roberts who helped build the firm’s European operations; and Erol Uzumeri, who formerly led the private equity business at the Ontario Teachers’ Pension Plan.