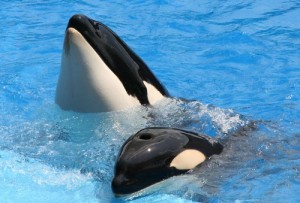 (Reuters) – SeaWorld Parks and Entertainment has held early talks with interested parties to explore whether a private sale could fetch more than an initial public offering, two people familiar with the matter said on Thursday.

The Orlando, Florida-based company, controlled by Blackstone Group, filed for an IPO in December but is now also in preliminary talks with other private equity firms about a potential sales process, the people said.

SeaWorld and Blackstone could not be immediately reached for comment.

SeaWorld, which based on the financials of its publicly listed peers may be valued at over $4 billion, including debt, had net income of about $19.1 million in 2011 on revenues of $1.33 billion.

The people cautioned that an IPO remained the more likely route for SeaWorld given the company’s large size, which limits the number of potential candidates that would see an opportunity in keeping the company private and then selling it on.

What is more, SeaWorld has filed for an IPO a time when shares for amusement park operators have been trading well. Shares of Six Flags Entertainment Corp have risen over 50 percent in the last year, while shares of Cedar Fair LP have increased 62 percent during the same period. The S&P 500 index rose just 16 percent.

Established operators in the U.S. theme park industry, which hosts about 315 million visitors per year, have proved resilient in a weak economy as parents still turn to them for a much-needed break with their children.

SeaWorld owns 11 theme parks including those with the SeaWorld, Busch Gardens and Sesame Place brands, caring for more than 67,000 animals.

Goldman Sachs Group Inc and JPMorgan Chase & Co are the lead underwriters on the IPO.