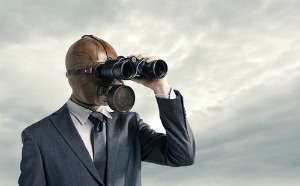 As soon as the market closed Friday, the new question became: Did Facebook and its bankers correctly price its IPO? Well—yes. Emphatically, yes. Where else were they supposed to sell it? From April 2009 to April 2011, Facebook’s stock value grew more than 10 times, according to secondary market figures. Yet, over the last 13 months, the shares’ trajectory had begun to level off, gaining about 25% to 33% on secondary markets—and sometimes selling for more than shares are currently trading on Nasdaq. This certainly shouldn’t have signaled weakness (although, some of Facebook’s statements regarding its advertising and some recent figures certainly suggest some) and led them to offer shares for substantially less than their presumed secondary market value, which has hovered near $40 for months.

What Facebook, and its bankers, are guilty of is taking entirely too long to get the company public. When they finally did, they appear to have mistimed the IPO—and, perhaps, misplaced it. Nasdaq, especially for the last two sessions, but also for the last four weeks, has underperformed the NYSE (which also might have been able to get the social network public on time) and the S&P, too. Markets continue to waver and gravitate downward and public market investors are getting spooked again. Looking at the explosive growth of Facebook’s shares from early ’09 to early ’11 suggests that even 12 months ago might have been the time to take the company public.

Groupon has been a disappointment for retail investors so far, but secondary market investors who cashed out at the right time did well. Venture capitalists who backed Twitter made a mint when they bailed on the secondary markets, and the company has provided a hazy-at-best timeline for its much-anticipated IPO. The question for Twitter, and for other companies on secondary markets is: If retail investors feel the pinch from companies that matured and peaked on a private exchange, who will keep buying into “the next hot thing?”

Perhaps the answer to this is–as previously reported–the banks! And, by extension of this, the banks’ shareholders, because if Facebook shares take a dive first thing this morning, whatever bank backstopped the social network at $38 will be holding a loss for its shareholders, while the bankers who pushed poorly-timed Facebook public will still cash a fat check for their efforts. Wall St., Washington and Mark Zuckerberg should certainly hope markets don’t take a double dip, spurring a need for another federal backstopping of the financial system. At that point, Facebook would begin bearing another similarity to GM–which, remember, also underwhelmed with its own IPO: government ownership.