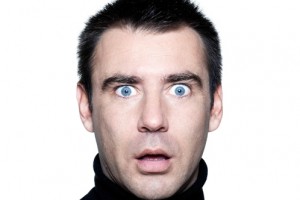 M&A may have been slow this year but private equity delivered a welcome surprise.

Deal value for PE-backed transactions actually increased during the first half of this year, according to data from Thomson Reuters.

One of the year’s biggest deals is the sale of Pfizer Nutrition to Nestle for nearly $12 billion.

Private equity-backed M&A (which includes LBOs and acquisitions made by portfolio companies) wasn’t as depressing. In fact, deal value jumped by 5%. There were 688 deals valued at $56.3 billion during the first half of 2012, compared to 733 transactions totaling $53.6 billion, Thomson Reuters said. Some may scoff at this meager 5% increase, but with deals as slow as they are, I’ll take what I can get.

What were the biggest PE-backed deals so far this year? Well, you’ll have to read the rest to find out.

Last month, Chesapeake said it was selling its limited partner units and general partner interests in Chesapeake Midstream Partners LP to Global Infrastructure Partners. The deal was valued at $2 billion.

The Blackstone Group, in February, agreed to invest $2 billion toward the project. Cheniere Energy says it plans to use the funds to develop, construct and place into service the Sabine Pass liquefaction project.

The Zayo Group, in March, agreed to buy AboveNet, which provides broadband connections to big companies and carriers, for about $2.2 billion.

Louisville, Colo.-based Zayo is a private company that supplies high bandwidth infrastructure and carrier neutral collocation. As part of the deal, GTCR agreed to invest in Zayo to help finance its buy of AboveNet. Charlesbank Capital Partners, which is currently a Zayo investor, is also investing in the AboveNet deal.

In February, Advent and GS Capital partners agreed to buy TransUnion from Madison Dearborn Partners and the Pritzker family. The transaction is valued at about $3.2 billion, according to Thomson Reuters.

The sale provided an exit for the provider of credit reporting data. TransUnion, last file, had filed for an IPO but instead opted to sell itself.

In February, Everest Acquisition agreed to buy EP Energy, for $7.15 billion. The deal, which closed in May, included buyers Apollo Global, Riverstone Holdings, Access Industries and Korea National Oil Corp. The transaction closed in May.

EP Energy is the exploration and production subsidiary of El Paso Corp.