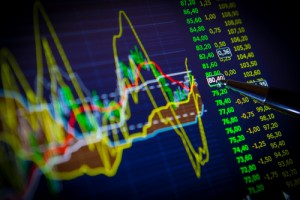 (Reuters) – Trading firm Virtu Financial Inc, which posted only one day of trading losses over the five years ended 2013, plans to raise up to $100 million in an initial public offering, the company said in a regulatory filing on Monday.

Virtu, which is partly owned by private equity firm Silver Lake Partners, said the IPO price was an estimate solely for the purpose of calculating the registration fee with the Securities and Exchange Commission.

The company, a market maker in equities, fixed income, currencies and commodities markets, intends to list Class A shares on Nasdaq under the symbol “VIRT.” Virtu will have three other share classes.

Goldman Sachs & Co., J.P. Morgan, Sandler O’Neill + Partners LP are the underwriters for the offering, among others.

Vincent Viola, Virtu’s founder and executive chairman, will control more than a majority of the combined voting power of the company’s common stock after the offering.

The company’s other major shareholder is Silver Lake, which acquired its stake in 2011. (Virtu’s S-1 filing does not disclose how many pre-IPO shares are owned by Silver Lake.)

Last year the company paid out $433.4 million in cash distributions to members.

Virtu said as a result of its real-time risk management strategy and technology, the company had only one losing day of trading from the beginning of 2009 through the end of 2013, a total of 1,238 trading days.

Virtu employs a “market neutral” strategy in which it is not dependent on the direction of any particular market. The firm aims to lock in returns through “precise and nearly instantaneous hedging,” the company said.

Virtu said it expected global electronic trading to continue to grow, after experiencing a compound annual rate of 13.7 percent over the past decade, according to the World Federation of Exchanges.