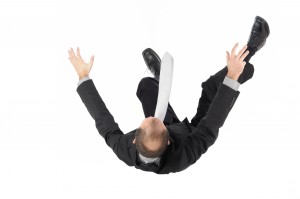 Is this the Xmas slowdown?

Last week, I reported that some PE execs believed December could be busy for M&A. Dealmakers, the sources told me, would rushing to get transactions finished before the possible tax changes of 2013. Henry Kravis, KKR’s co-chairman, echoed the belief this week. Kravis, at the Goldman Sachs Financial Services Conference, said that many are rushing to close deals before the end of 2013 and pocket gains at the current tax rate.

Only I’m not seeing any bump in deals. This week, there were 131 U.S. announced transactions from Dec. 2 to Dec. 7, valued at $28.6 billion, according to data from Thomson Reuters. This compares to 165 deals last week totaling $36.6 billion. The number of mergers dropped nearly 22% while valuation fell about 21%.

General M&A may be down but private equity-backed transactions posted a dramatic dropoff, nearly 69%, in deal value. There were 30 U.S. announced deals this week, valued at $2.2 billion. This compares to last week, when we saw 28 transactions valued at nearly $7 billion.

One caveat. There were some big PE transactions last week — Apollo Global’s buy of the McGraw-Hill’s education business and Onex buying USI—that boosted deal value. That obviously didn’t happen this time around.

Here are the top 5 PE-backed deals, according to Thomson Reuters.

Yesterday, Harris Corp. agreed to sell its broadcast communication unit to The Gores Group for $225 million. The Deal, which called the transaction a “blip” for Harris, says the purchase price includes $160 million in cash, a $15 million subordinated note and up to $50 million in additional payouts based upon the performance of the business.

BWAY Corp., which is backed by Platinum Equity, said earlier this week that it has agreed to buy Ropak Packaging from LINPAC Group. The deal was valued at about $265 million.

Platinum Equity closed its $1.24 billion buy of BWAY in November.

Coming in third place is Linden Capital Partners’ deal for Young Innovations. The transaction is valued at roughly $300 million. The deal includes a go-shop that allows Young to solicit alternative bids from third parties through Jan. 12, a statement says.

Charlesbank Capital’s buy of OneStopPlus lands in a first place. The transaction was valued at $525 million, while Webster Capital is also investing. PPR, the Paris-based luxury and sport & lifestyle group, is the seller.

New York-based OSP is a catalog retailer and online marketplace for plus-size consumers.