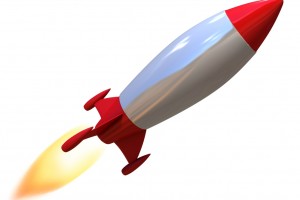 It’s been a busy month for deal announcements.

So far in January we’ve had 509 U.S. announced mergers totaling about $41 billion, according to data from Thomson Reuters. This compares to 446 U.S. announced deals for the same time period in 2012, valued at $17.5 billion. Deal value this month increased by 57%, while the number of transactions rose 14%.

This week’s biggest deal is Ardagh Group’s $1.7 billion buy of Verallia North America, which is the North American glass packaging business of Saint-Gobain.

On the private equity side, there is a similar bump in activity. There were 138 PE-backed transactions so far in 2013, totaling $7.3 billion, Thomson Reuters says. Last year, for the same time period, there 90 transactions totaling $2.9 billion. PE deal valued jumped 151% while the number of transactions rose 53%.

Most credited the rise in deal announcements to the rush to get transactions done by the end of December and avoid tax increases. However, this doesn’t bode well for first quarter 2013.There is not much deal activity going on right now, bankers says. “There is nothing new coming up that we didn’t already know about last year,” one source says.

“Pitch activity has been very light across the Street,” says another banker, who expects the trend will continue throughout first quarter. “There is hardly any pitch activity going on now.”

“There are a lot of talks but hard to say whether anything will come of it,” a third source says.

Here are the top 5 private equity deals, according to Thomson Reuters. (The publisher of peHUB.)

The seller was M.G. Maher and Co. In 2009, the CPP Investment Board and Sterling Partners acquired Livingston.

Comcast Corp. this week agreed to buy about 10.6 million shares of ARRIS Group, valued at $150 million. The deal is part of ARRIS’ buy of Motorola Home business from Motorola Mobility, which is owned by Google.

The week’s top deal come from ConocoPhillips which agreed to sell its energy properties in the Cedar Creek Anticline of North Dakota and Montana. The buyer is Denbury Resources. The purchase price is about $1 billion.