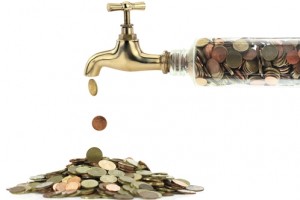 Booz Allen Hamilton’s $1 billion distribution isn’t the most bloated dividend paid out by a private equity-backed company this year.

In fact, Booz Allen’s $1 billion payout looks a little paltry compared with others.

The government consulting firm is just one of many PE-backed companies issuing dividends this year, and many are going to the sponsors. Moody’s Investors Service estimates there have been at least 35 debt-financed dividend recaps so far this year (through June). These transactions were worth more than $11 billion at companies controlled by PE firms, Moody’s said.

While popular with private equity, these distributions are controversial. Mitt Romney has been criticized because his former firm, Bain Capital, extracted dividends from companies that later went into Chapter 11.

Why so many dividends? With M&A so slow and the IPO market in seeming stasis, private equity has lacked exit opportunities this year.  Credit markets, however, were strong earlier in 2012.

I’ve asked several PE execs, if LPs get annoyed by all the dividends being doled out. Money is money, I’m told, and distributions are a valuable way to get money back to LPs. Also, many PE firms think their companies are under-levered and now there is room to boost debt, Moody’s said in a recent report. Some PE firms, like KPS Capital Partners, even publicize all the dividend recaps they’ve done recently.

So here are the top 5 dividends so far this year, according to S&P Capital IQ Leveraged Commentary & Data.

Attachmate was in the market earlier this year for a $1.5 billion recap loan. Proceeds were to pay a $580 million dividend to Attachmate’s PE sponsors, according to LeveragedLoan.com.

Landing in fourth place is Pilot Travel Centers which launched a $1.1 billion loan in July. Pilot plans to use the proceeds to back its buy of Maxum Petroleum and pay a $700 million dividend to shareholders.

CVC Capital Partners currently owns about 18.5% of Pilot Travel and expects to receive about $130 million from the payout, according to The Deal. The rest of the dividend will likely go to the family of Pilot founder James Arthur “Jim” Haslam II, who started the business in the late 1950s, the story says.

The Deal estimates that CVC has so far received more than $960 million from Pilot Travel. CVC invested $640 million in Pilot Travel, a gas station and truck stop operator, six years ago.

Last week, the government consulting firm made it official. Booz Allen Hamilton will be paying out a special dividend of $1 billion to shareholders later this month. In July, Booz Allen said it was considering restructuring $959 million in debt into a new credit facility of up to $1.75 billion. Proceeds of the loan, along with $260 million in cash, would be used to pay the mammoth dividend.

The Carlyle Group currently owns about 74% of Booz Allen’s publicly traded stock and about two-thirds of total voting equity, a company spokesman says. With the $1 billion dividend and the two other payouts in 2009, Carlyle will likely more than make back its investment.

HCA, the hospital operator, is “quite friendly to shareholders,” Standard & Poor’s says in a May report. That’s an understatement.

Earlier this year, HCA paid out a $1 billion special dividend to shareholders. That’s on top of three other dividends in 2010 where HCA paid its shareholders $4.35 billion. This includes a distribution of $1.75 billion in Jan. 2010, another $500 million in May and about $2.1 billion in November.

HCA, in case anyone has forgotten, was acquired in November 2006 for about $33 billion by an investor group comprised of Bain Capital, Kohlberg Kravis Roberts & Co., Merrill Lynch Global Private Equity (now BAML Capital Partners), and affiliates of HCA founder Dr. Thomas Frist. The buyers invested $5.3 billion equity in the deal, according to SEC filings.

Thomas H. Lee and Bain own 89% of Clear Channel Communications, while public shareholders have 11%. However, the PE firms didn’t get any of the dividend and Clear Channel used proceeds to pay down debt.