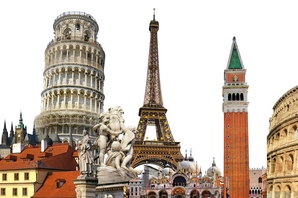 Europe continues to produce sizeable M&A transactions this week, including the sales of Dublin’s Eircom and Germany’s BSN Medical.

There were 367 global announced mergers for June 10 to June 15, valued at roughly $23.3 billion, according to preliminary data from Thomson Reuters.  This compares 594 announced deals, totaling $33.4 billion for the week before.

Right now, it looks like deal value and the number of transactions fell compared to last week. However, this will likely change as TR gets more information.

Now that I’ve said that, the week’s biggest deal was the sale of Eircom, an Irish telecommunications group. Senior lenders took control of Eircom after the company emerged from a restructuring process, the Financial Times said. Blackstone is one of the senior lenders but TR isn’t placing this in the private equity camp.

EQT’s $2.2 billion bid for BSN Medical was the week’s second largest M&A transaction. BSN, a Hamburg, Germany-based plaster cast maker, also received offers from Kimberly Clark as well as a joint bid from BC Partners and CVC, Reuters reported. Comining in at No.3 is the sale of the London Metal Exchange to Hong Kong Exchanges & Clearing Ltd. HKEx is bidding $2.15 billion for LME, the FT says.

On the private equity side, deal value slid by 5% while the number of transactions rebounded a bit. There were 48 PE-backed transactions, valued at about $6.2 billion. This compares to 38 deals last week that totaled $6.4 billion, TR said.

So here’s a list of the top PE-backed deals, according to Thomson Reuters.

This week, Sagard Capital Partners led an investor group to buy IntegraMed America, of Purchase, N.Y., which develops and manages health care facilities that specialize in fertility and vein care. Sagard already owns about 4% of the company, according to press reports.

Thomson Reuters is valuing the deal at about $121 million.

Sagard Capital, of Greenwich, Conn., is an evergreen fund with an indefinite holding period for its investments, according to the firm’s web site.

This week, Symphony Technology Group swooped in to make a rival bid for Kewill, a U.K. logistics company. Symphony bid 106 pence a share, valued at £99.6 million, for Kewill, the Financial Times says.

Symphony’s offer trumps a 96 pence a share offer from Francisco Partners, which was made in May.

Tank makes polyethylene and steel containers. Standard & Poor’s is valuing the deal at $830 million, which makes it the week’s fourth largest PE deal.

On Monday, June 11, Apax Partners and JMI Equity agreed to buy Paradigm, a software company focused on the oil and gas exploration & production space. The company is based in the Cayman Islands, Bloomberg says.

The deal is valued at about $1 billion.

For some reasons, Thomson Reuters is listing Savers as the second largest PE deal. But the transaction was actually announced on June 7, which takes it out of contention.

Leonard Green and TPG are recapping the thrift store chain. Sorry, PE firms, this deal is out.