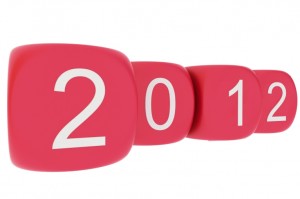 Last week, we discovered which private equity firm was the biggest dealmaker. Now it’s time for the largest PE deals of the year.

Global PE-backed M&A totaled $267 billion so far in 2012, a 12% drop from 2011, according to preliminary data from Thomson Reuters. Private equity-backed mergers targeting the U.S. reached roughly $137 billion year-to-date, a 7% decline from 2011.

Washington D.C.-based Carlyle Group was the most active of all PE firms in 2012 and their deals totaled the most in terms of deal value. Carlyle not only did the most transactions, 101, but their deals represented a total value of $49.5 billion, Dealogic data said.

The Carlyle Group, in late August, made a $4.9 billion offer for DuPont’s auto-paints unit. The investment comes from Carlyle Partners V and Carlyle Europe Partners III.

The $4.9 billion offer was Carlyle’s biggest transaction in third quarter.

Terra Firma, the PE group led by Guy Hands, in November agreed to buy Annington Homes from Nomura in a deal worth 3.2 billion pounds. Thomson Reuters is valuing the deal at US$5.08 billion. The transaction closed on Dec. 14.

Annington is a U.K. residential property.

Earlier this month, a consortium of Turkey’s Koc Holding, Gozde Girisim and Malaysia’s UEM Group Berhad won a tender for the privatization of Turkey’s toll roads and bridges with a bid of $5.72 billion, Reuters reported.

In July, BC Partners and CPP Investment Board unveiled a $6.6 billion deal for Cequel Communications Holdings, which does business as Suddenlink. BC Partners, CPPIB and certain members of Suddenlink management invested about $2 billion equity, according to a statement. The sellers included GS Capital, the private equity unit of Goldman, Oaktree Capital Management and the Quadrangle Group. The deal closed in November.

In February, Everest Acquisition agreed to buy EP Energy, for $7.15 billion. The deal, which closed in May, included buyers Apollo Global, Riverstone Holdings, Access Industries and Korea National Oil Corp. The transaction closed in May.

EP Energy is the exploration and production subsidiary of El Paso Corp.