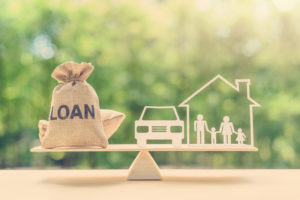 Snow Phipps may finally get to exit Velocity Financial LLC after nearly a dozen years.

Velocity, a mortgage lender to residential rental and small commercial properties, has filed to go public again. Velocity plans to list on the New York Stock Exchange, under the ticker “VEL,” a regulatory filing dated Oct. 18 said. The Westlake Village, California, company did not list how many shares it would offer or their price range. That will come in future filings.

Christopher Farrar, Velocity’s CEO, founded the company in 2004. Velocity funded 1,301 loans sourced by about 690 different mortgage brokers as of June 30. The company believes this is a small portion of the more than 590,000 state licensed mortgage originators in the U.S. Owl Rock Capital Corp in August provided a $153 million loan to Velocity, which used proceeds to redeem its debt and buy back Class C preferred units, the SEC filing said.

In 2010, Velocity also filed to go public. Back then, Velocity was a much smaller lender with just 22 employees. It reported $2.6 million in losses in 2010, while interest income was $6.2 million for the year, according to regulatory filing. Total liabilities were $58.9 million as of Dec. 31, 2010, regulatory filings said.

Velocity pulled the IPO in December 2011, saying only that it decided not to proceed with the listing. It did not provide a reason for the withdrawal.

Snow Phipps’ investment in Velocity dates to December 2007. It’s unclear how much the firm invested, although press reports said the firm paid $21 million for 91 percent of the company. By 2010, Snow Phipps had invested $75 million in the mortgage lender, Boxwood Means LLC said.

Ian Snow and Ogden Phipps founded the buyout shop that bears their names in 2005. The lower middle market private equity firm focuses on companies in industrial, business services and consumer sectors with enterprise values between $100 million to $500 million.

Snow Phipps and Velocity could not be reached for comment.