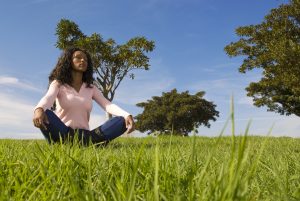 Solace Capital Partners has raised $389 million in commitments and deployed about $100 million for its inaugural fund, according to sources.

The Los Angeles firm led by Oaktree Capital Management veterans recently held a second close toward a $500 million target, with plans to wrap up fundraising this year, according to sources and a filing.

Meanwhile, the firm has closed four investments, one of which has been announced publicly.

Solace Capital and Angeleno Group led a growth equity investment in Patriot Environmental Services, a provider of hazardous-waste-management, emergency-spill-response and industrial-cleaning services. Terms weren’t disclosed. Solace Capital was already an investor in Patriot prior to the latest financing move, which was announced in April.

Solace disclosed $389 million in commitments from 35 LPs in an amended Form D filing for the fund. The firm listed a date of first sale for the fund as April 10, 2015. It held a first close of $126.9 million last year, according to reports.

The firm’s fundraising effort was initially reported by Buyouts in fall 2014.

Solace Capital looks to deploy $10 million to $75 million per investment in preferred stock, common stock and debt with warrants. The firm targets sound companies with substantial asset values that may face financial, operational or business challenges.

The firm also specializes in distressed-debt investments for influence or control, including secured, unsecured and convertible debt, according to its website.

Brothers developed a special-situations practice at Saybrook Capital prior to co-founding Solace Capital. Before Saybrook, he worked as managing director at Oaktree and was one of the original four senior members of Oaktree’s Principal Opportunities Funds.

Cebula worked at Jefferies Capital Markets and Oaktree prior to co-founding Solace. Wyard worked at Carlyle Group and Oaktree. Moody worked at Platinum Equity prior to Solace Capital.