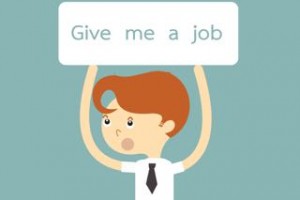 The fate of GE Capital dominated talks at ACG InterGrowth this week.

More than 2,000 executives descended on the Waldorf Astoria and Hilton Bonnet Creek in Orlando, Fla., for InterGrowth. The annual event brings together middle market private equity deal-makers, bankers, attorneys and service providers for networking. A lunch on Tuesday featured Greg Norman, the golf legend and entrepreneur who called himself a “living brand.”

This year, InterGrowth was notable for the GE Capital executives wandering the event asking about job opportunities. “You got anything?” one GE source asked a peHUB reporter. The exec, who has spent 22 years at the financial conglomerate, said the GE Capital sale represents an “opportunity” for employees to do something different. This could include staying with GE Capital and whoever buys it or doing something on their own, the source said.

Another source said they were thankful to be at InterGrowth this week. The atmosphere at GE Capital had turned “very apprehensive,” the second person said.

The situation comes roughly a week after the conglomerate said it would sell most of GE Capital over the next 24 months. The announcement came the same day GE said it was selling most of its GE Capital real estate business to the Blackstone Group and Wells Fargo.

Employees did not find out about the financial conglomerate’s decision to sell GE Capital until after the story appeared in the Wall Street Journal, sources said. That was followed by an email announcing the plan, sources said.

Since then, clients have bombarded GE Capital with questions about the state of their deals and if the lender, specifically GE Antares, would continue funding transactions. “It’s business as usual until the sale,” said Susan Bishop, a GE Capital spokeswoman. GE Capital is “absolutely” still in the market and “committed to its customers,” Bishop said.

Not included in the GE Capital sale are the aviation unit, as well as energy financial services and the healthcare equipment finance business, Bishop said. Everything else — including GE Capital’s U.S. and international commercial lending and leasing portfolio, the sponsored finance business, GE Capital real estate (which is being sold Blackstone and Wells Fargo), as well as some remaining consumer assets — is on the block, Bishop said.

The businesses are expected to be sold in chunks, with different buyers vying for the varying units, sources said.

The sponsored finance business, which includes Antares, has already attracted much interest from buyers, including banks and asset managers, Bishop said. JPMorgan and Citi are advising on the sale of GE Antares. GE Antares boasts more than 300 relationships with private equity sponsors. The unit currently has about $16 billion in fourth-quarter ending net investment, which includes assets minus cash and non-interest-bearing liabilities, peHUB sister publication Buyouts has reported.

Antares bidders could include Golub Capital, according to a Buyouts report. Another possible bidder may be PNC, according to a report from the Pittsburgh Business Times.

The proposed sale comes nearly a decade after GE Commercial Finance acquired Antares Capital Corp, which was a leading middle- market lender back in 2005.

It’s possible Antares could buy itself back from GE, sources said. “They would need a backer,” a person said. “Maybe a private equity firm.”