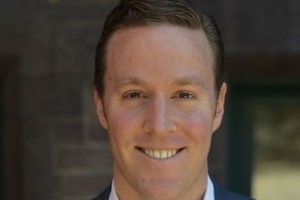 Americans over 50 control 77 percent of total net worth and have nearly $46 trillion of wealth, U.S. News & World Report said in June, citing statistics from the Bureau of Labor. Baby Boomers are aging; the youngest turned 50 in 2014.

“There are lots of [Baby boomer] families going through transitions where the children don’t want to take over their companies. We’ll be happy to partner with them,” he said.

Soundcore is not looking for owners to leave, Turner said. The firm wants to help boomers diversify their net worth, get some liquidity and remain running their companies if they want, he said.

Turner, who at 33 is not a boomer, launched New York-based Soundcore officially on April 1. He was previously a senior manager of investments in Sumitomo Corp.’s private equity division. He also worked at Sun Capital Partners and Clearview Capital.

Soundcore — a combination of “sound investments” and “core principles” —will target family-owned businesses, in the U.S. and Canada, with $20 million to $100 million in revenue. The PE firm will invest from $4 million to $30 million equity per deal, the firm’s website said. Soundcore is only seeking control investments, he said.

Soundcore is backed by family offices, wealthy individuals and fund-of-funds, Turner said. Some of its capital is committed in a blind pool, while the rest is in the form of a pledge fund in which investors have the choice to invest or not. “We can comfortably invest $30 million in a single deal,” he said.

“I plan to launch our first formal fund with institutional investors in four years,” he said.

The PE firm will target sectors such as industrials, healthcare services, consumer products and business services, including distribution. There are some sectors, like financial services, that are not of interest. Also not on Soundcore’s menu are so-called “fashion risk” investments like apparel, restaurants and retail. These sectors can suffer a change in consumer sentiment “over night,” Turner said. “That’s why we don’t like those,” he said.

The firm is running lean and plans to hire, he said. Soundcore is comprised of Turner, one associate and a general counsel. They’ll also have three analysts from NYU this summer, Turner said. The PE firm wants to add a deal partner and a partner to handle originations, he said.

Soundcore does have a team of six operating executives available. But these executives won’t be taking over companies. “We’re not looking to replace [management] with our operators. Our operators will be sitting on the boards.”