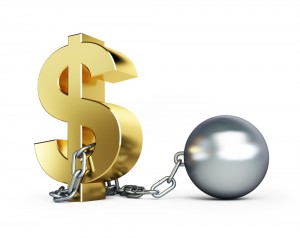 As presidential candidates argue about the role of private equity on the economy, Moody’s Investors Service Inc. has this to contribute: LBOs don’t make credit defaults worse, as sister publication Buyouts reported.

Perhaps most relevant, the share of defaulting companies that go straight to liquidation is half the rate for sponsor-backed companies, at 9%, compared to 18% of companies that were not involved in leveraged buyouts, the credit-rating agency said in a report published today. That implies that job losses—a key issue in the debate over the economic impact of private equity—could be greater at companies that do not have sponsor backing.

And while bank recoveries may be a tad lower in sponsor-backed defaults, those recoveries could be lower yet, but for sponsors’ aggressive use of distressed exchanges and prepackaged bankruptcies to resolve their defaults.

Moody’s said the overall, “family level” recovery for LBO companies was 54.1%, compared to 54.5% for companies that had never undergone a buyout. Bank debt—typically the most senior element of the capital stack—had a 75% recovery rate for LBO companies, lower than the 83.3% rate for other companies. LBO bank debt recovered less, Moody’s found, because such borrowers have a smaller cushion of subordinated debt that could be wiped out to protect the more senior creditors.

“The high leverage of LBOs has not translated into lower creditor recoveries in defaults of companies with private equity owners or other financial sponsors,” said David Keisman, a Moody’s senior vice president and author of the report, in a press release discussing the findings. “While the LBO sponsors could not spare these companies from defaulting—and may have prompted defaults through high leverage—the average family-level recovery rate in these situations was nearly the same as the rate at the non-LBO companies.”

Moody’s said that bank recoveries could be even lower but for the fact that sponsors favor more aggressive cures for their defaults—those distressed exchanges and prepackaged bankruptcies—which benefit lenders by providing higher recoveries. Less than half of LBO defaults in the agency’s study occurred through regular bankruptcy filings (not prepackaged), compared to nearly two-thirds of non-LBO defaults.

In both cases, on the aggressive approach to resolutions as well as the lower level of liquidations, sponsors seem more intent than unsponsored managers to preserve their own capital positions in their companies post-default as well as preserving their relationships with lenders, Moody’s found.

The agency based its analysis on its “Moody’s Ultimate Recovery Database,” which tracks recovery rates for more than 1,000 U.S. corporate defaults dating back to 1988. The database includes more than 200 defaults by sponsor-backed companies and more than 800 others.

One surprise was the difference that physical assets made in lender recoveries: almost none. “This contradicts the view that asset-heavy companies yield better investor recoveries because they have more assets available to creditors,” the study reported. “The likely reason is that lenders incorporate a company’s asset characteristics in lending decisions.”