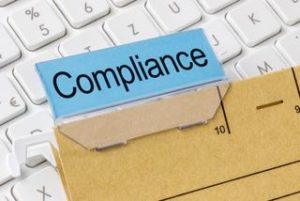 Stone Point has hired SunTrust Robinson Humphrey to advise on the auction, the sources said. Merrillville, N.C.-based RegEd provides compliance services for the securities and insurance industries. The company produces $13 million to $14 million of EBITDA, said one of the sources, a banker.

One private equity exec said RegEd is seeking bids of $150 million. “It’s going high,” said a second banker, who predicted the company would sell for 8x to 9x EBITDA.

Private equity firms are expected to bid for RegEd, as well as strategics such as Broadridge Financial Solutions Inc, Vertafore Inc and Reed Elsevier, the sources said.

RegEd is part of StoneRiver Group, a holding company that owns several insurance businesses. Besides RegEd, it owns StoneRiver Insurance Solutions, StoneRiver Pharmacy Solutions and Progressive Medical, according to its website. A StoneRiver affiliate called Emerald Connect LLC was sold to BroadRidge last year for $60 million.

Stone Point owns 51 percent of StoneRiver, which was previously known as Fiserv Insurance Solutions. The PE firm acquired 51 percent of Fiserv for more than $500 million in 2008.

Stone Point invests in companies such as speciality lenders, asset managers and insurance underwriters. It typically invests between $50 million to $400 million equity per deal.

Stone Point bought its stake in StoneRiver with its fourth fund, a $2.25 billion pool raised in 2007. Fund IV produced an average IRR of 17.30 percent and an average multiple of 1.84x as of Sept. 30, according to alternative data provider Bison.

In July, Stone Point activated its sixth PE fund, Trident VI LP. The pool weighed in at $4.5 billion, up from the $3.6 billion it raised in 2010 for Trident V LP.

Stone Point, Fiserv, StoneRiver, RegEd and SunTrust could not immediately be reached for comment.