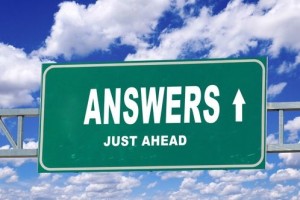 Three years after investing in Answers, Summit Partners and TA Associates are selling the company to Apax Partners.

Financial terms were not announced. London-based Apax is acquiring a majority of Answers Corp, parent of Answers.com. The investment is coming from Apax’s eighth buyout fund, which closed at $7.5 billion last year. Members of Answers’ senior management will invest alongside Apax and will maintain a “significant equity interest,” a statement said.

One banker estimated Answers could have sold for as much as $1 billion.

St. Louis-based Answers, which calls itself the “world’s leading Q&A resource,” was founded in 1998. The company, which provides a Q&A website as well as cloud-based services such as customer experience analytics and content syndication, employs just fewer than 600 people. Sales are expected to be more than $200 million this year, CEO David Karandish said.

Summit invested in AFCV Holdings, which was co-founded by Karandish, in 2007. AFCV, in April 2011, took Answers private in a deal valued at $127 million. This included $50 million in debt from Summit, $50 million debt from Wells Fargo and $27 million fro AFCV’s balance sheet, Karandish told peHUB.

Months later, Summit sold a chunk of its stake to TA Associates for an undisclosed amount. Tom Hillman, FTL Capital Partners‘s co-founder, also sold some of his individual holding in Answers to TA, Karandish said. TA and Summit both had a minority at that time.

Answers has since acquired four companies, including ForeSee, WebCollage, ResellerRatings and Easy2 Technologies. It was during the process to buy Foresee, a customer analytics firm, last year that Answers began discussions with Apax. Answers was in talks with various PE and debt firms to provide capital for the Forsee transaction, Karandish said. Apax was one of the firms Answers spoke to, he said. “Apax was so impressed that they did deal for Answers and acquired a vast majority of the company,” Karandish said.

Once the deal closes, Karandish is staying with Answers. He is also rolling over some equity as well as cashing out. “We believe this is a great outcome for our team, our investors and our company,” Karandish said.