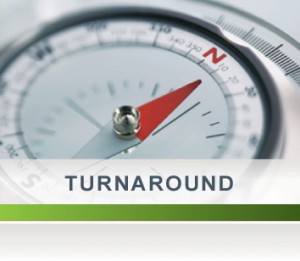 Sun Capital Partners’ high-risk, high-reward strategy appears to have paid off with its investment in Fluid Routing Systems, a manufacturer of parts used in the automobile and industrial sectors that the turnaround firm bought in 2007 and guided through a 2009 bankruptcy process.

The Boca Raton, Fla.-based firm is announcing today that it had agreed to sell the company to Park-Ohio Industries Inc. for $97.5 million in cash (Park-Ohio announced the acquisition Monday). The deal, expected to close by March 30, will net Sun Capital a return multiple of 7.5x its total invested capital, and 9x capital it invested post-bankruptcy, sister publication Buyouts is reporting today, citing a source close to the deal.

The company went from negative EBITDA, at the time of Sun Capital’s original investment, to “double-digit” EBITDA today, according to the source. The company, which employs more than 950 workers, posted $190 million in revenues for the trailing 12 months ended Jan. 31, 2012, according to Park-Ohio’s announcement.

The deal marks a notable success for a firm that specializes in buying struggling companies, often in out-of-favor sectors like the automobile industry that many firms avoid. In fact, Sun Capital has made a specialty of sorts out of taking companies through bankruptcy and re-investing in them. A Sun Capital affiliate has agreed to provide debtor-in-possession financing to another portfolio company, Pemco World Air Services, a provider of maintenance and other services for aircrafts which filed for bankruptcy on Monday, sister news service Reuters reported. And a Buyouts article in November 2009 noted that Sun Capital had re-invested in at least three portfolio companies that had filed for bankruptcy earlier that year, including Fluid Routing Solutions.

“It’s never Plan A to take a company into bankruptcy,” David Lippin, Sun Capital’s director of investor relations and communications, told Buyouts. “But we’ve done 295 deals since our inception, and if there’s one thing we’ve learned when it comes to turnaround, it’s that it’s not a straight path. It doesn’t always go exactly to the investment thesis.”

Fluid Routing Solutions sells fuel management parts, such as pipes and other parts that connect from the gas pipe to the gas tank, as well as hoses used in automotive transmissions and in non-automotive industrial segments. The company’s customers include General Motors, Chrysler, Ford and Toyota, among others.

In 2007, Sun Capital bought the company for an undisclosed amount from Mark IV Industries Inc., another manufacturer of parts for the original equipment manufacturing market. Sun Capital executives saw the company as a neglected orphan that, with some organizational changes to its manufacturing facilities, could grow in a market that was ripe for consolidation, Jared Wien, a vice president at Sun Capital who helped manage the investment, told Buyouts.

But the financial meltdown in 2008, and the subsequent free-fall in automobile sales, hindered that thesis. Fluid Routing Systems filed for bankruptcy in March 2009. Sun Capital provided debtor-in-possession financing, and would later inject more equity.

During bankruptcy, the company divested an under-performing division that assembled parts used in power steering. Sun Capital decreased the number of its manufacturing facilities—which was part of the original plan anyway—to five from six. It also sought other ways to make the manufacturing process leaner: for example, the company consolidated into one plant the assembly of a hose that previously had been assembled at two different plants.

In supporting the company through bankruptcy, Sun Capital executives were confident that as long as automobile sales bounced back somewhat, it could still make money on the deal now that the company was focused on its more profitable fuel management business. This was at a time when most investors were steering clear, no pun intended, of any companies tied to the automobile industry.

“At that point we had a macro view on auto,” Wien said. “Maybe it was contrarian at the time. But it was at the bottom of the cycle and we thought it was a good time to be investing in auto.”

Post-bankruptcy, the company continued with its process of consolidating its manufacturing facilities and making them more efficient. Today the company’s five manufacturing facilities are in Florida, Michigan, Ohio, Tennessee and the Czech Republic. It picked up new contracts with Toyota, GM and Ford. In late 2009, after Fluid Routing Systems emerged from bankruptcy, it acquired a company in Ohio called Europower Inc. that gave it exposure to other industrial segments. The company makes hydraulic hoses and other parts used in the agriculture, construction, mining and brewing industries, among others.

“It made sense to sell,” Wien said. “The auto industry has turned around, and we found the right buyer.”