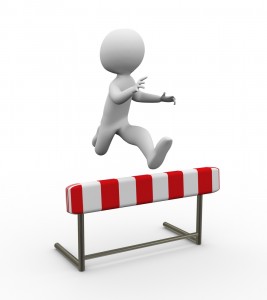 Sun Capital Partners expects to start raising its sixth fund in September and hopes to wrap most of the effort sometime in December,  Buyouts reports, citing two sources.

The firm is seeking to raise $3 billion but will raise as much as $3.5 billion if there’s enough demand.

In earlier funds, the Boca Raton, Fla.-based firm took a flat 25 percent cut of profits on its investments, a premium to the industry standard of 20 percent. But in a nod to the growing power of investors in private equity funds in recent years, in Fund VI the firm will be able to take 25 percent only if it reaches certain performance benchmarks, one source said, who declined to describe the benchmarks.

Sun Capital joins a handful of other premium-carry firms that have moved to a tiered structure recently. Boston-based Berkshire Partners LLC reportedly did so with its $4.5 billion eighth fund, closed around this time last year, after charging a flat 25 percent on previous funds. And Sterling Partners can reap 25 percent of profits on its fourth fund, which it is currently raising, once the fund returns 2.5x the capital limited partners invested, according to LBO Wire. It’s unclear if Sterling had charged a flat 25 percent cut of profits in earlier funds.

Sun Capital buys and aims to turn around struggling companies of a wide variety of sizes—$50 million to $5 billion in revenues, its Web site says—and industries. Its portfolio includes everything from household names like casual restaurant chain Boston Market Corp. to CornerStone Research & Development, a nutritional supplement manufacturer it bought in April.

The firm raised $5 billion for its previous fund in 2007. Two LPs are providing somewhat conflicting data on the fund’s performance.

As of May 31, the fund had generated a 1.07x investment multiple for the Oklahoma Police Pension & Retirement System, which committed $12.5 million. That puts it below the median multiple of 1.20x for 2007 vintage funds, according to the Buyouts fund performance database. However, as of Sept. 30, 2011, the fund had generated a 1.27x multiple for the University of California, putting it close to the top quartile for that vintage of 1.30x. Data provider Preqin also valued the fund at a 1.25x multiple as of March 31.