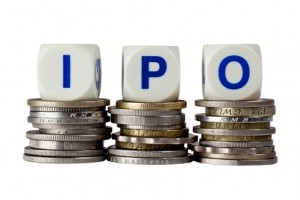 Many investment bankers think the Jobs Act is doing little to boost the number of IPOs.

Less than one-third, or 29%, of bankers believe the Jobs Act has increased IPOs on U.S. exchanges, according to a survey from BDO USA. This is a major drop from last summer when a majority, or 55%, of bankers said the Jobs Act would help spur companies to go public. In fact, 42% of bankers see no evidence that the new law is positively impacting IPOs, BDO says. However, a little more than a quarter of the bankers, or 28%, say it’s too early to evaluate the law’s impact.

“The survey clearly shows that the investment banking community is less enthusiastic about the Jobs Act than it was immediately following the law’s enactment,” said Wendy Hambleton, a partner in BDO USA’s capital markets practice.

Market Measurement, on behalf of BDO, questioned 100 bankers in December for the IPO survey.

Congress approved the Jump-start Our Business Startups Act last April. It aimed to reduce the cost and complexity of going public, which was hoped to encourage eligible companies to seek IPOs, according to Xconomy. That apparently has not happened.

Hambleton says only four companies went public in December, which is typically one of the best times for IPOs. Six firms went public the prior month, in November. Last week, five companies did go public, including Norwegian Cruise Line, Renaissance Capital says.

“There hasn’t been a large increase of IPOs,” Hambleton says. She attributed the lack of results to many factors, including the slow-growing U.S. economy and uncertainty around the fiscal cliff.

More than three quarters of investment bankers, or 80%, say the lack of transparency hinders their ability to advise clients, BDO says. Bankers don’t know what other firms have filed for IPOs and are competing for investor dollars, Hambleton says. “It’s not clear how many companies are in the IPO pipeline,” she says.

Almost half of bankers surveyed, or 48%, say they are reluctant to meet with emerging businesses using the confidential process. The bankers prefer to wait until the company has made a public commitment to an IPO, BDO says. Companies using the confidential filing process, that choose to go ahead with an IPO, must publicly file no later than 21 days before they go on the road show, Hambleton says.