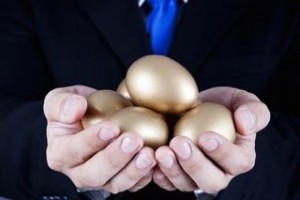 It’s unclear if TA has hired a banker for the sale.

Boston-based TA invested in DNCA, the French asset manager, in July 2011. TA owns 50 percent of DNCA while company management owns more than 40 percent. Banco Leonardo has 10 percent, a statement from that time said. DNCA, when it was sold, had €5.8 billion in funds under management.

[contextly_sidebar id=”BGIF8zyNVsIVzOUc693pSfdF7wRL1UaH”]DNCA, of Paris, currently has 15 billion euros under management. Efinancial News, which first reported the DNCA sale, said the asset manager could fetch 500 million Euros. It’s unclear if all of DNCA is up for sale or just TA’s stake.

The company is “profitable and cash generative, with a track record of increasing revenue since its foundation,” said Fitch Ratings in an April report. DNCA’s clients include independent financial advisors, private banks, multi-managers and institutional investors, Fitch said.

TA focuses on sectors including financial services as well as consumer, healthcare and online/software. The growth oriented PE firm typically invests from $50 million to $500 million equity per deal, according to the firm website.

The firm has been active recently. Today, TA said it was selling its stake in Dealer Tire, a distributor of replacement tires and parts for automotive OEMs , to Lindsay Goldberg. The growth PE firm earlier this month bought a “significant” stake in Insurity, an insurance processing company, and invested in Idera, a provider of application and server management software, in September.

TA is expected to begin fundraising soon for its twelfth private equity fund. In 2009, TA closed its 11th PE fund at $4 billion. TA XI LP is generating a 17.07 percent IRR since inception as of March 31, according to performance data from the California State Teachers’ Retirement System.