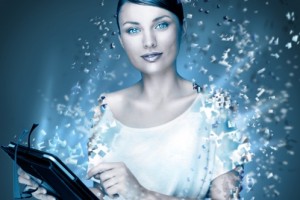 TA Associates has made its third investment in a gaming company.

On Wednesday, the PE firm, which has offices in Boston, Menlo Park, Calif. and London, announced it had taken a minority stake in Forgame Tech Co., a Chinese Web gaming company.

TA’s stake in Forgame is “meaningful” but “not anywhere close to the 50% range,” says Jason Tan, a TA director who is based in Hong Kong. Tan, along with Edward Sippel, a TA managing principal-Asia Pacific, are joining Forgame’s board.

Curiously, Tan declined to reveal who the sellers were or if there was a seller. He also wouldn’t say which TA fund or funds provided the investment. TA’s last PE fund, TA XI L.P, raised $4 billion in 2009.

This isn’t TA’s first time in games. The PE firm invested $32 million in Mythic Entertainment in 2003, which is known for the Ultima Online franchise (Electronic Arts acquired Mythic in 2006). Last year, TA and Summit Partners invested $350 million in Bigpoint, of Hamburg, Germany, which provides an online gaming platform

Forgame, which is based in Guangzhou, China, has developed 28 cloud-based, multiplayer online games. Notable games include Ming Dynasty and Soul Guardians.

All of Forgame’s games are played in the browser, he says, and users don’t have to download them or buy a console. “It’s a new generation gaming concept that is hugely popular in Asia,” he says.

Forgame’s games cater to users that are “more hardcore” than the typical social gamer, he says. Forgame has more than 110 million registered users on its platform, he says.

Tan maintains that there isn’t a gaming company in the U.S. doing anything similar. Riot Games would be the closest approximation, he says.

TA also has high hopes for Forgame. The industry has been doubling in China and projections expect 30% to 40% year-over-year growth over next three to five years, Tan says. “We’ll likely experience above market growth rate going forward,” he says of Forgame.

The is also TA’s first 100% Chinese investment, Tan says. Forgame employs 1000 people in China. While there are clearly language differences in China and the regulatory environment is new, Forgame is a type of company that TA is used to acquiring. “It’s run by capable entrepreneurs and management team,” he says.