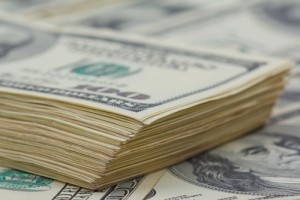 Just as the venture community has embraced the value of marketing and PR in building brands and opportunities in today’s challenging markets, their portfolio companies have great ability to improve their IPO prospects and perceived value through strong financial marketing. While many have complained about the terrible IPO markets of the past decade, few realize that powerful solutions are within reach.

Studying the rare anomalies of IPO success—that look like miracles in today’s blocked markets—reveals clear patterns. For example, how did OpenTable create a strong IPO and aftermarket in 2009, under terrible market conditions? Former OpenTable CEO Jeff Jordan (now a partner at Andreessen Horowitz), carefully cultivated direct relationships with his future shareholders: well-targeted potential customers for his public stock—or equity-generating product—who got to know and appreciate the company’s prospects for four years pre-IPO.

When the IPO arrived, a base of long-term shareholders were ready to invest and hold for years, creating stability in trading and appropriate valuation despite today’s short-term trading dominated markets that often “pump and dump.”

Investor relations is often perceived as a disclosure administration and communications tool only, with few realizing its power for shareholder base composition management, valuation, branding and facilitating an orderly transition of the cap table—mostly assumed to be under the influence of bankers or uncontrollable market factors.

IR can empower client companies with good performance to transcend the deflationary pressures of today’s markets, regardless of economic conditions.

Companies would never consider releasing their revenue-generating products without marketing support, but they do it regularly with their stock, and then they seem surprised by the lackluster market results.

Pre-bubble, venture-backed companies used to go public in 4.74 years, on average. Today, it takes 10 years or more. The lucky few to consider IPOs often find themselves victim to sharp stock price declines. The quality of companies gets blamed, since most don’t understand that demand has detached from fundamentals in our algorithm-driven, performance-agnostic trading universe.

In the good old days when the “Four Horsemen” of boutique banks reigned, the financial markets’ infrastructure was economically incentivized to provide an automated sales and marketing function for IPO companies’ stocks.

Gracefully, banks managed both the IPO transaction and aftermarket making/trading; brokers actively researched and promoted stock, compensated by the pre-decimalization $0.25 per share fee; and analysts educated investors, the majority of whom were aligned with the same long-term goals as company management and early venture investors: growing solid companies that produced strong returns.

The ‘90s boomed, then bubbled, masking the invisible but significant structural changes underlying the bubble and post-burst wasteland. When the rubble cleared, we were all sadly mistaken that this was just another cycle post-burst, soon cycling back into recovery, and allowing us to quickly forget the greed and excess causing the burst.

Electronic trading and decimalization, exacerbated by Sarbox and analyst regulations, and complicated by short-term trading dominance, fundamentally altered the plumbing through which the new economy is financed.

Yet the IPO process has remained exactly the same, despite its lack of producing consistently good results.

Trust in IPOs must be earned again, and no better way than through strong communications on fundamental performance and prospects that IR delivers. The IPO process must evolve with our new market structure and align with long-term growth creation. Only then will the new Entrepreneurship Economy deliver the jobs and growth the venture industry has incubated and are ready to grow America again.