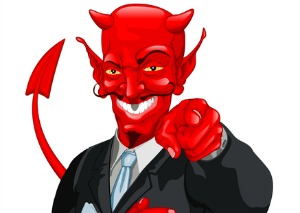 Recently, private equity got drilled because they invested in dentists that allegedly over-diagnosed patients to generate more revenue. It certainly didn’t help the LBO shops backing the dentists that their jilted patients took to the press, complete with detailed bills outlining what they called a bilking.

This probably shouldn’t be a shock to PE firms and their lobbyists, given how the industry has been subject to all kinds of attacks in an election year. However, as GOP presidential candidate Mitt Romney is being tarred and feathered by his opponents on the other side of the aisle with allegations and insinuations directed at his profession and its corresponding rate of taxation, there is no reason to think investigations into PE-backed assets will subside soon. Now, private equity pros acknowledge, the industry is sensitive to what it has to disclose, and to whom.

Romney’s crusade for the White House has repeatedly been thwarted by disclosure-oriented reports targeting him for outsourcing American jobs and for how long he really worked at Bain (which still seems to be unclear to even his own campaign leaders). Still, it’s only July—who knows what surprise October will provide the former Massachusetts governor. No wonder his staff trashed all those hard drives after he departed office—and none of this will conceal any of the pain he’ll undoubtedly feel after he makes his tax disclosures.

But even while private equity pays for the sins of the father, so to speak, they can expect some trickle-down disclosure dismay of their own. While the US Supreme Court’s decision on the Affordable Care Act has reopened a jammed pipeline for deals, it is still coming across an asset class facing waves of regulation, classification and paperwork.

“If you’re going to invest in healthcare companies, you’re going to have to expect a higher hurdle for disclosure,” said one PE pro. “It isn’t something anyone’s eager to take on.”

Paul Queally, a general partner with Welsh Carson Anderson & Stowe, discussed one way PE shops can avoid disclosing enough to shoot themselves in the foot is to, well, run right into it, instead. He pointed out, at Thomson Reuters’ annual Buyouts Chicago conference, that PE pros can’t disclose specifics on portfolio assets to individual investors once they, themselves, are listed companies. Instead, everyone gets the same level of disclosure (and while this might irk LPs to see the data they’re entitled to scaled back) it does allow GPs at places like KKR and Carlyle to better prepare for when the firm could see documents about unnecessary fillings or Chinese outsourcing they had hoped would never meet the light of day. There are, of course, obvious drawbacks and expenses that counter Queally’s suggestion, still.

“I think we’ll stay private and avoid all the other expenses that go along with it,” one PE source would quip, after hearing his comments.