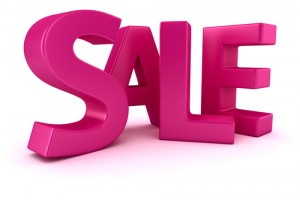 After weeks of rumors and speculation, The Deal has finally found a buyer.

TheStreet Inc., a publicly traded investment news and data service, on Wednesday said it completed its acquisition of The Deal, which is known for its coverage of M&A and private equity deals. Financial terms of the transaction were not announced.

An auction of The Deal began earlier this summer. DeSilva + Phillips ran the process. Although The Deal itself has strong ties to the private equity community, PE firms were largely not targeted as possible buyers for the New York-based company.

Instead, the auction was mainly geared to strategics. Interested bidders included Bloomberg News, the New York Times, The Financial Times (which owns Mergermarket) and Ipreo, which is backed by KKR, a source says. “Anyone that had a similar product was interested,” the person says.

The Wall Street Journal, owned by News Corp, was also involved but dropped out, sources say. The Deal has been up for sale before. Several year ago, Bloomberg was reportedly interested in buying the company.

The Deal was founded in 1999 as The Daily Deal, a print newspaper. The company stopped publishing the newspaper years ago but continued to put out a magazine that was losing money. Without the magazine, The Deal would be “nicely profitable,” the source says.

The company’s main product, The Deal Pipeline, is very profitable and produces the bulk of the company’s revenue, the person says. While there was much interest, potential buyers needed to “get comfortable” with shutting down the print magazine while remaining confident that the rest of the business would be profitable, the person says.

With the sale to TheStreet, several employees at The Deal are facing layoffs, sources say. Several editors, including Robert Teitelman, the editor in chief, are being let go and the magazine is being shut down, sources say.