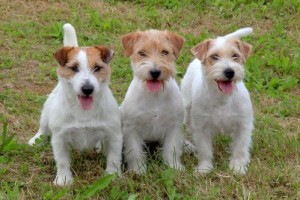 The London Stock Exchange’s sale of Russell Investments is reportedly unraveling, which could bode well for private equity firms still interested in buying the investment manager.

The plunge in the Chinese stock market since mid-June, plus investigations into some Citic Securities Co. executives, have caused the LSE’s discussions with Citic for Russell to “falter and may soon collapse,” Bloomberg reported on Sept. 22. The other two bidders for Russell — Towers Watson & Co. and China’s Shanda Games Ltd.— also appear to be out, press reports said.

The LSE has to go back to scratch and begin talks with potential bidders, including private equity, sources said. This would be the third time traditional private equity has tried to buy Russell.

Seattle-based Russell is the investment arm of Frank Russell, which is owned by the London Stock Exchange. Russell has $265.8 billion in assets under management as of June 30. The LSE put Russell up for sale earlier this year after receiving expressions of interest.

The LSE conducted a “broad sales process” for Russell earlier this year where it sent out more than 50 books for the asset management unit, PE HUB reported in March. JP Morgan and Goldman Sachs are advising on the sale.

In June, Reuters reported that Citic, Towers and Shanda were vying for Russell. The deal was valued at $1.5 billion. Since that time, Towers Watson announced an $8.7 billion merger with Willis Group Holdings PLC. The deal ended Towers’ status as a bidder for Russell, press reports said. Shanda dropped out of the process, a banking source said.

Two private equity firms —CVC Capital Partners and TA Associates — made it to the second round of the most recent Russell auction, sources said. CVC dropped out because the price for Russell was too high, a source said at the time. The LSE may open the auction up to a broader group. Advent International and Genstar Capital also looked at Russell, the banking source said.

If true, this would be the third time private equity has tried to buy Russell. Last year, Northwestern Mutual Life Insurance Co. put Frank Russell, including the investment management and index businesses, up for sale. The LSE, which mainly wanted Russell’s large index business, in June 2014 beat out a handful of PE firms and bidders such as the Canadian Imperial Bank of Commerce to buy the company, Reuters said.

Executives for the LSE, JP Morgan, Russell, Advent and Genstar declined comment. Goldman, Towers, CVC, and TA could not immediately be reached for comment.