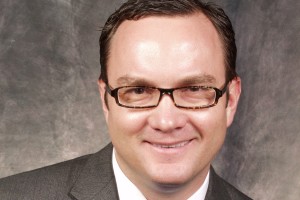 The dividend recapitalization may be one of the most controversial techniques of realizing returns in the buyouts business, loading a portfolio company with fresh debt to pay off investors. But Ted Thorp, co-head of the leveraged finance group at ORIX USA Corp, thinks recaps are a useful tool in the sponsor’s toolkit. They just need to be used well, as he told sister magazine Buyouts.

“It’s all about the company’s ability to produce consistent cashflows,” said Thorp, who offered this perspective during Buyouts PartnerConnect conference in Boston in April and reiterated it in a recent interview. But to take a service business, for instance, that derives much of its income from recurring contracts with existing customers, “you can make a compelling case” that a recap simply rewards the sponsor and its investors for running the business efficiently until now.

And in any case, the hand wringing of critics of the practice is unlikely to change market dynamics, in an environment where low interest rates and sluggish deal flow are crimping lenders’ ability to put capital to work in deals other than recaps, at least until the recent uptick in interest rates began to curb recap activity, Thorp said. “Regardless of people’s view, they are getting done.”

Mid-market sponsors, however, need not rush out to seek financing from ORIX USA, the North American outpost of a commercial finance company founded in 1964 in Osaka, Japan, and considered to be the CIT of Japan. At least in its American operations, the company has downsized as a result of the financial crisis.

In the past ORIX took an “underwrite and syndicate” approach focused on mid-market borrowers with EBITDA of $10 million to $15 million or more. Today the company looks primarily for smaller companies, those with $5 million to $25 million of EBITDA, seeking first or second-lien positions that it can hold to a loan’s maturity. Rather than operating as a syndicator, ORIX now concentrates on principal investing for its own account, Thorp said.

ORIX globally manages some $100 billion of assets, of which $6 billion or so are in the United States and $2 billion of that in ORIX Capital, within which the leveraged finance group resides.

In that context ORIX has been feeling the pinch of slack deal flow. The bulk of its business in the first half of the year has been refinancing, which may or may not include recaps, rather than new-money deals. “I think that changes this summer,” he said. “We’re seeing an increase in the number of books out there.”

But for all the talk about the Federal Reserve “tapering” its economic stimulus and allowing interest rates to increase, “it’s difficult to envision a dramatic rise in rates any time soon,” Thorp said.