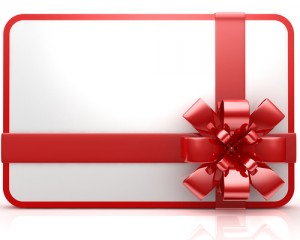 Gift cards have much to recommend them, but they fall short in numerous ways, too. While they’re easy enough to procure and often give recipients the chance to shop for things they might not buy for themselves, they also get lost in plenty of sock drawers. And gift-givers seldom experience the joy of knowing when the money gets spent.

Enter Kiind, a seven-person startup in Victoria, British Columbia that allows people to email gift cards that are paid for only when the receiver uses the gift. The service also provides recipients with gift reminders, and it allows givers to set expiration dates, so they aren’t surprised by gifts that get redeemed at a much later date.

“Our customers aren’t people who are cheap; they’re people who don’t want to be wasteful,” says CEO Leif Baradoy, who founded the company in 2011 and has since signed up 45 brands as partners. Among them: Amazon; the steakhouse chain Tony Roma’s; and Topshop, the British multinational retailer.

Baradoy says that the company’s angel investors include Andrew Wilkinson, the founder of the interface design agency MetaLab, and that now he’s ready for a larger round and talking with some institutional investors.

To date, investors haven’t funded many startups in the space. Tango Card, a Seattle-based company that allows users to send digital gift cards from dozens of retailers, is one exception, having raised nearly $7 million over the last two years, including from Floodgate and Allegro Venture Partners. Another is the Cambridge, Mass.-based mobile gifting platform KangoGIft, which has raised an undisclosed amount of seed funding, including from Boston-area angel investor Bill Warner.

It could be a good time for Kiind to strike, though. The gift card business is booming. According to the latest estimates of the research firm CEB TowerGroup, $110 billion was loaded onto gift cards in the U.S. alone last year. Meanwhile, “breakage,” card value that is bought and never redeemed, is no longer the windfall for retailers it once was. In fact, partly owing to the 2010 CARD Act — which placed stricter limits on expiration dates and onerous fees — only1.6 percent of gift cards went unused last year, down from 10 percent in previous years, says CEB TowerGroup. It’s the kind of shift that may make retailers more open to a Kiind-type service than previously.

Baradoy chatted with peHUB to share more last week.That conversation has been edited for length.

A: If you’re sending one gift, it costs you 49 cents to send it using our platform. If you’re sending 90 gifts, we drop our price-per-gift to a much more nominal fee. We also make a margin off the gifts, like any gift card reseller.

Q: What size transactions are you processing?

A: I think the general price range is anywhere from $25 to $200. We’d like to get higher- value experiences in there, so that you can send someone away on a trip or seaplane ride or something like that, so we’ll be increasing our inventory as time passes.

Q: Given Kiind’s size, your partnership with Amazon seems like a bit of a coup.

A: Amazon is obviously a really big win for us. We had to go through a detailed legal review about what we’re doing with a team of Amazon lawyers, and it took a bit of time to close. But they think what we’re doing is exciting and, like a growing number of retailers, they recognize the big shift happening within the industry.

Q: You’ve been beta testing this product for more than a year. What’s been some of the more surprising feedback you’re received?

We’ve found that businesses [versus individuals] are the ones who come back on a recurring basis. We’ve found that customers feel like [the service] completes the act of giving, a big part of which is watching a person react to and hopefully enjoy a gift. We also realized, after requiring gift code recipients to create an account, that it was a horrible idea. [Laughs.]

Q: When potential investors ask about barriers to entry, what do you tell them?

The best barrier to entry is always executing as fast and as well as possible. Getting the design and branding and level of quality right is no small thing. As for other barriers, no one has our unique technology and we do have a provisional patent on just-in-time payments for gift payments. Whether or not [that patent] is defensible remains to be seen.