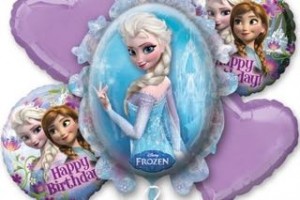 Elmsford, N.Y.-based Party City, the largest U.S. retailer of party goods, is expected to price its offering on April 15 and start trading the next day, a source said. Party City on Monday filed to sell roughly 21.875 million shares at $15 to $17 each, according to an SEC S-1 filing.

Joint book runners on the deal include Goldman Sachs, BofA Merrill Lynch, Credit Suisse and Morgan Stanley. The underwriters have the option to buy an additional 3.3 million shares via the over-allotment option (green shoe), the filing said.

Debt has more than doubled at the company since its sale to Thomas H. Lee. Party City reported about $2.17 billion in total debt as of Dec. 31, up from $982.3 million in 2011, the year before it was sold to THL, SEC filings indicate.

Before the sale to THL, Advent International had been Party City’s largest shareholder, with a 37 percent stake. Advent rolled over equity into the THL deal. Party City’s stockholder equity was $784.9 million as of Dec. 31, 2012, SEC filings said. While $584 million of that amount is THL, the extra $200 million appears to be Advent’s equity investment.

The Party City investment came from THL’s sixth fund, the FTC website said. Thomas H. Lee Equity Fund VI LP closed at $8.1 billion in 2007 and produced a 6.9 percent net IRR and a 1.4x investment multiple as of Sept. 30, according to the California Public Employees’ Retirement System. It’s unclear which funds Advent used to invest in the company.

THL is fundraising for its seventh pool, which has a $3 billion target, and has drawn $1.5 billion in commitments so far, Buyouts reported in March.

The return
Advent and THL have already gotten some of their money back. In 2013, a year after its sale to THL, Party City’s parent company, PC NextCo Holdings, and its PC Nextco Finance unit issued $350 million in senior PIK toggle notes.It used the loan to fund a $338 million dividend to Party City shareholders. THL received about $235 million from the distribution. Advent took home $81 million,Buyouts sister publication peHUB has reported.

Party City expects to use most of its IPO proceeds to redeem the PIK loan, the S-1 filing said.

PE firms typically don’t sell shares of their companies in IPOs and THL and Advent aren’t an exception. THL owns about 65.16 million shares, or 69.3 percent, of Party City . After the IPO, and assuming the greenshoe is exercised, THL’s stake will drop to 54.6 percent. At $16 a share, THL’s holding will be valued at just over $1 billion.

With its paper gains from the IPO plus the $235 million dividend distribution, THL stands to see a return of 2.19x on its investment.

Advent owns 22.4 million Party City shares and will see its holding fall from 23.8 percent to 18.8 percent after the IPO. At $16 a share, Advent’s stake is valued at $358.4 million. Including the $81 million it received from the dividend, Advent stands to see a return of 2.19x.

Photo of courtesy of Party City