PE Hub
Home News and Analysis PE Deals How Much is Thomas H. Lee Actually Investing in the $2.7B Party...
Return to search
Scoops & Analysis 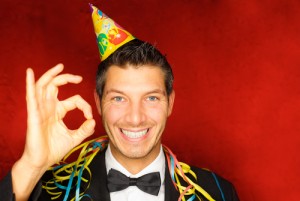 One of the more difficult aspects of covering private equity is figuring out how much PE firms actually invest in deals.

Notoriously secretive, most PE firms won’t give up this sort of information. If I’m lucky, there’s an SEC filing that I can dig through for the data. And sometimes, rating agencies will lend a helping hand.

Today, Moody’s Investors Service is saying that Thomas H. Lee is using roughly $1.85 billion in loans and debt, plus $584 million of new equity, to buy a majority of Party City. What’s surprising is the equity contribution, which comes to about 22% of Party City’s $2.69 billion takeover price. This seems low especially since firms were putting in about 40% to 50% equity in 2010.

One banker says that robust debt markets are allowing PE investors in larger deals to put in as little as 20% equity. But a private equity exec tells me that firms are putting in about 35% equity right now. My analysis, the exec says, is incomplete without including the equity held by other investors. In this case, the sellers–Advent, Berkshire Partners, Weston Presidio and company management– are retaining some of their holdings, so the 22% appears to be inaccurate.

In another deal, Farley’s & Sathers Candy Co. has completed its merger with Ferrara Pan Candy Co. Farley’s is a portfolio company of Catterton Partners. The PE firm is retaining a majority stake in Ferrara Candy Co., with brands including Lemonheads, Red Hots and Brach’s.

New and existing shareholders, including Catterton, have invested about $330 million of additional equity in Ferrara Candy, according to Standard & Poor’s. S&P issued a “B” rating to Ferrara’s $425 million loan and the outlook, for the company, is stable.

Catterton, a consumer-focused PE firm, is currently out fundraising for its seventh buyout fund.