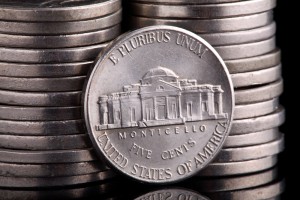 The U.S. capital market is the envy of the world—and rightly so.  Built on the dual foundations of efficient capital formation and investor protection, the U.S. securities markets are the largest on the planet and, for the most part, are free, fair and reasonably efficient at price discovery.  Oh, and they are of course liquid—very liquid.

That is unless you happen to be the CEO of an “orphaned” stock, one of the approximately 1,400 (or 29% out of 5,000) public companies listed on either the New York Stock Exchange or Nasdaq where not a single analyst covers the stock. Chances are your stock is illiquid, perhaps extremely so.  The problem is particularly acute for the 1,100 exchange-listed stocks with market caps under $250 million and no meaningful research coverage, an alarming 55% of the universe of micro-cap stock listed on senior exchanges.

So why does this matter?  And why should anyone who doesn’t work on Wall Street care?  Good questions.

First, why liquidity matters.  Liquidity provides the prospect of an exit for an investor, which induces the investor to take risks, which causes capital formation, which funds innovation, and which ultimately leads to a constantly improving standard for humanity. And more jobs.

Reduce or eliminate liquidity, and the process runs in reverse.  No prospect for an exit, no inducement to take risk, no capital formation, etc.

Second, why Main Street should care. In short, higher returns on investment portfolios for retirees that need to protect purchasing power and fund a retirement that may now last 30 years (or more).

Since 1926, the nominal returns on large cap stocks have averaged about 10% per annum, small-cap stocks about 12% and corporate bonds about 6%.  After adjusting for an average inflation rate of about 3% during the last 90 years, the historical real return on small-cap stocks (9%) is about 3x that of the real return on bonds (3%).  That’s a huge difference in purchasing power.

Now back to the problem of orphaned stocks.  Twenty years ago, Wall Street had large incentives in the form of fulsome commissions and trading spreads to support small-cap stocks with armies of equity analysts, salesmen and market makers.  Then, through a series of rule making and changes in market structure, all championed in the name of enhanced investor protection, Wall Street support for small-cap stocks gradually disappeared.  What happened?

First there was the advent of electronic trading in 1996, which set in motion the compression of commissions. Then came “decimalization” in 2001, which ended the trading of stocks in fractions in favor of decimals, which in turn effectively eliminated trading spreads. Next was the Global Research Settlement in 2003, which ushered in a sweeping set of new rules designed to clean up the investment banking abuses that had seriously tainted the objectivity and quality of equity research during the IPO boom of the 90s.  Taken together, these three reforms knocked out the economics of the sales, trading and research legs of the stool that supported small-cap stocks.

The objective of decimalization was to save investors money while making stock markets more competitive with their international counterparts. Instead, it spawned a global high-speed trading system.  Clearly, the regulatory pendulum had swung way too far in the direction of investor protection, which has caused a crisis in capital formation.

In April 2012, the JOBS (Jumpstart Our Business Startups) Act was signed into law, though several of its key provisions have yet to be implemented by the SEC. Section 106(b) of the JOBS Act directed the SEC to study tick sizes and make a recommendation.  Although there have been a few SEC hearings and roundtables on the subject, the SEC has been pre-occupied with an already full agenda and a change in commissioners, and has been unable to take any action.  But Congress finally has.

On May 13, 2013, H.R. 1952, the Spread Pricing Liquidity Act of 2013 (“Tick Size Bill”), was introduced in the House. In short, the bill would give certain issuers the ability to have their securities quoted at 5 cents or 10 cent increments as long as they had public floats of less than $500 million and average daily trading volumes under 500,000 shares. Qualifying issuers could also opt out of the special tick sizes after six months, with the ability to opt back in after a year. Once an issuer exceeds the public float and trading volumes thresholds, it would have a three-month period to transition back to the smaller increments. The bill would also require the SEC to report to Congress on the effectiveness of wider tick sizes after nine months and provide recommendations for improvement. Other bills with similar goals may be introduced in the near future.

It may be fashionable to hate Wall Street, but investors need all of the long-term return available to preserve purchasing power in ever-increasing periods of retirements. The Tick Size Bill would allow small-cap issuers to opt in to trading increments of either a nickel or dime, which will provide the necessary incentive for Wall Street to once again support these stocks, which will increase liquidity, which will cause many of these stocks to become widely held, actively traded and fully valued.  It’s a win-win for issuers and investors alike.

Correction: Due to a technical error, Mark Boslet was incorrectly listed as the author of the original version of this post.