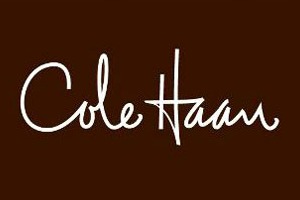 There’s only one glass slipper, and a whole lot of pumpkins and lonely rides home. That’s the likely story to come out of the Cole Haan auction. Private equity firms should expect to take on a number of strategic bidders and sources are saying the multi-billion dollar auction of high-end shoe and luxury goods maker Cole Haan will likely be a crowded one.

Nike, which just announced plans to deal the popular shoe and leather brand, is moving deeper and deeper into sports merchandise—but don’t take that as a sign of weakness at Cole Haan, one source says.

It is unlikely Cole Haan will go at the highest end of the ebitda multiple range (12 times ebitda) similar to boot maker Timberland’s 2011 sale, one source said. That company was sold to VF Corp. in a $2 billion deal last year.

Golden Gate Capital, which owns Rocket Dog, as well as Apax Partners, could be interested in Cole Haan, a banker says.

“It would be a great PE play,” that source says.

Bigger sponsors, such as Leonard Green, which teamed with TPG to take clothing retailer J. Crew private for $3 billion in a 2011 deal, is another potential buyer, one source suggested. Green, of course, just closed a $6 billion private equity fund and has as of late shown a penchant for taking on consumer plays, like Whole Foods and J. Crew. Still, at such a high price, even Green may have to partner with another sponsor once again.

Lion Capital was also mentioned as a potential bidder, a source says, although one that would need to participate in a club deal to complete such a large transaction. Earlier this year, Lion Capital acquired the majority stake in fashion label John Varvatos.