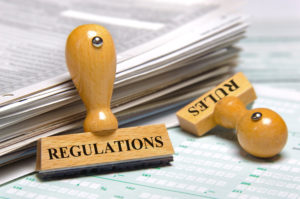 Special purpose acquisition companies, which have become a popular exit route for venture-backed companies in the past two years, are the target of a new rulemaking proposal from the SEC.

The rule proposal keeps with a 2022 tradition in chairman Gary Gensler’s reform regime. Its scope is vast, its prescriptions blunt. If adopted as written, the new rules would close the safe harbor provisions of the Private Securities Litigation Reform Act of 1995 to SPACs and other blank-check companies. They would also require:

“I can envision a future where the only way you go public is through a SPAC merger,” Mark Yusko, CEO and CIO of Morgan Creek Capital Management, told Venture Capital Journal in February 2021. “The traditional IPO process was really created for the industrial age with big conglomerates and operating companies. The SPAC merger is more well-aligned to entrepreneurial types of businesses.”

The pace of SPACs has slowed this year, with SPAC Research reporting that 53 SPAC IPOs have $9.8 billion so far. But VCs continue to see it as a viable exit route. In January, VC-backed Akili Interactive, a digital medicine company, agreed to go public via a $1 billion SPAC merger with Social Capital Suvretta Holdings Corp I, a blank-check company led by Chamath Palihapitiya and Kishen Mehta.

The success of SPACs also drew regulators’ eyes. The Financial Industry Regulatory Authority (FINRA) has been probing the market since last fall, and some experts predicted that an SEC exam sweep was in the offing. Indeed, in its newly released exam priorities, commission regulators put private funds at the top of the list, and SPACs towards the top of that sub-list.

The proposed rules package shifts critical definitions in the industry. For instance, one proposed rule would hold the underwriters in a SPAC IPO responsible for the underwriting of the spin-off “when certain conditions are met.” Another would define mergers between a reporting shell company and a non-shell company as “a sale of securities to the reporting shell company’s shareholders for purposes of the Securities Act.” Yet another proposal would amend Item 10(b) of Regulation S-K to give new guidance “on the presentation of projections of future economic performance.”

Perhaps most important, the new rules would require SPACs to register under the Investment Company Act unless they:

“While a SPAC would not be required to rely on the proposed rule,” commission staffers said in a fact sheet accompanying the rulemaking notice, “the proposed conditions are intended to align with the structures and practices that the commission preliminarily believes would distinguish a SPAC that is likely to raise serious questions as to its status as an investment company from one that does not.”

Lawrence Aragon contributed to this story