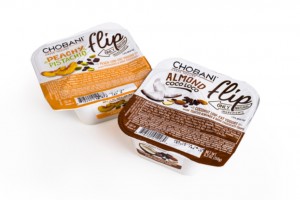 Greek yogurt maker Chobani, which is recovering from a product recall, on Monday said it will name a new chief executive to replace its founder and may appoint its acting president, a turnaround expert from private equity firm TPG which lent the company $750 million last year.

Chobani plans to name a new chief executive in the first half of 2015 and among the candidates to replace company founder Hamdi Ulukaya as CEO is interim president and chief operating officer Kevin Burns, a senior partner at Texas-based TPG with a reputation as a turnaround expert with experience in manufacturing.

Chobani has been searching for a CEO since April and has identified several qualified candidates, including Burns, McGuinness said.

Ulukaya will choose the new “operationally based” CEO and remain involved in day-to-day business on the product side, McGuinness added.

Private equity firm TPG [TPG.UL] in April invested $750 million in the New Berlin, New York-based company to save it from a cash crunch primarily blamed on a 2013 product recall linked to problems at its Idaho manufacturing plant. Those pains were exacerbated by record milk prices and intense competition from established yogurt brands such as Dannon (DANO.PA), Yoplait (GIS.N) and Fage.

During the second half of 2013, Chobani reported negative EBITDA (earnings before interest, taxes, depreciation and amortization) totaling $115 million as its net debt climbed, according to a presentation to TPG fund investors obtained by Reuters.

Burns, the partner in charge of TPG’s manufacturing/industry sector, is regarded as a manufacturing and turnaround expert. He has been Chobani’s interim president and COO since August.

Chobani is the No. 1 seller of Greek yogurt in the United States with 34 percent market share in that rapidly-expanding category, the company said, citing Nielsen data.

Since the investment from TPG, Chobani has reduced waste, improved customer service and introduced a variety of new products, including yogurt for babies and dessert lovers, McGuinness said.

Chobani had positive EBITDA from July through December 2014 and is making gains on store shelves, McGuinness said.