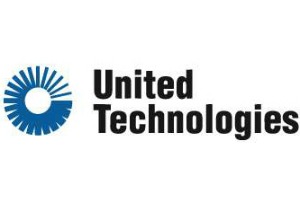 (Reuters) – Private equity firms TPG Capital and Carlyle Group are considering making separate bids for all of United Technologies Corp’s industrial units that make pumps and compressors, valued at between $3.5 billion and $4 billion, according to people familiar with the matter.

United Tech is selling the pump and compressor businesses of its Hamilton Sundstrand unit in an effort to avoid issuing new shares to fund its largest-ever acquisition, the $16.5 billion purchase of Goodrich Corp.

FlowServe Corp, Dover Corp and Atlas Copco AB are among strategic buyers that have been pursuing the pump business, while Gardner Denver Inc has shown interest in the compressor business, they said.

Reuters could not learn if any of the strategic buyers are keen to buy the entire industrial businesses up for sale.

Atlas Copco, for example, is a major player in compressors but believes it could encounter anti-trust issues if it were to pursue the compressor business as well, a source close to the company said.

United Tech, which is open to selling these units either as a whole or in parts, has held meetings with the interested parties in recent weeks after collecting initial bids in mid-April, according to the people familiar with the matter.

The pump businesses for sale have roughly $200 million in estimated 2012 earnings before interest, tax, depreciation and amortization (EBITDA) and may go for as much as 12 times EBITDA, or $2.4 billion, some of the sources said.

The compressor business has some $160 million in forward EBITDA and may be sold for 8-9 times EBITDA, they said.

United Tech is expected to weigh the potential valuation gains from selling pumps and compressors to different buyers, versus the simplicity of a deal in selling all the units in one transaction, the sources said.