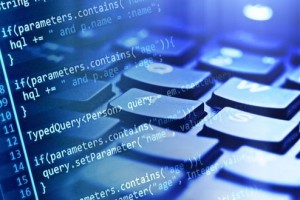 TPG Capital is selling half of its stake in Advent Software a year after it made the investment.

The Fort Worth, Texas-based buyout shop founded by David Bonderman and James Coulter is offering 3.75 million Advent Software shares in a secondary sale, according to an Aug. 13 regulatory filing. At $32.32 a share, Advent’s last reported sale price on Aug. 12, TPG could make $121.2 million.

The sale will cut TPG’s holding to about 3.7 million shares or 7.4 percent of the total stock outstanding, the filing said.

Advent, of San Francisco, provides software and services to the global investment management industry. In May 2013, TPG acquired nearly 15 percent, or 7.5 million shares, of Advent for $190.4 million, peHUB has reported. That is about $25 a share.

“TPG is trying to get a decent gain on at least half of its investment,” said one banker, who estimated the PE firm would make 1.3x its money with the sale.

TPG, which already owns Eze Software Group, was considering buying Advent Software outright, peHUB has reported. Advent went up for sale in early 2013 and TPG did look at Advent but “couldn’t make the math work to buy the company,” the banking source said. Advent ended up pulling the sale and TPG acquired a stake.

Now, TPG is beginning to cash out. The stock sale comes as the PE firm is expected finally to begin fundraising for its next flagship fund. TPG will be seeking $10 billion for its seventh buyout pool, Bloomberg News has reported. The firm’s prior fund, TPG Partners VI, closed at $19 billion in 2008. Fund VI is generating an 8.44 percent IRR since inception as of Sept. 30, according to performance data from the California State Teachers’ Retirement System.

As it begins marketing, TPG likely wants to show a gain on the Advent Software deal to LPs, the banker said. “It’s not what [TPG] typically targets, but to make [1.3x] in a year is a good outcome,” the source said.