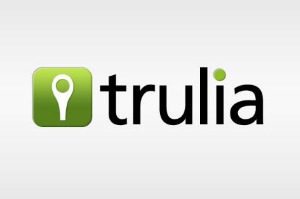 (Reuters) – Online real estate listing service Trulia Inc priced its initial public offering at $17 on Wednesday, above its expected range of $14 to $16.

Trulia, based in San Francisco, said it raised $102 million from the sale of 6 million shares.

The flotation comes after a successful IPO from its rival Zillow Inc last year. Shares of Zillow, which went public at $20 a share, closed Wednesday at $45.55.

“The third quarter is always active in the last few weeks of September as it builds momentum into October right before the election,” said Scott Cutler, executive vice president and head of global listings at NYSE Euronext. “This is really the first week of the fall IPO season.”

Prior to this week, the last deal to list was Hi-Crush Partners LP, a maker of products used in hydraulic fracturing, which raised $191 million through its offering in mid-August.

Excluding Facebook’s $16 billion IPO, U.S. listed IPOs have raised $16.2 billion so far this year, down 52 percent from the comparable period in 2011, according to Thomson Reuters data.

Trulia is coming to market in a tough environment for technology firms as share prices for firms like Facebook Inc, Groupon Inc and Zynga Inc continue to struggle.

But Trulia may be a better barometer for the strength of the sector, said Tim Curry, a partner at Jones Day based in Silicon Valley who works with emerging growth and public technology companies.

Companies like Trulia “drive a robust IPO market, as opposed to the Facebooks of the world that can go public at any time,” he said. “To us, it’s a good sign that companies that are more traditional IPO candidates, but are not necessarily household names, can go out.”

Trulia is selling 5 million shares, and company executives including CEO Peter Flint and co-founder Sami Inkinen are selling the remaining 1 million shares. The company’s venture backers, Accel Partners and Sequoia Capital, are not selling any shares.

Trulia will use the proceeds for working capital and other general corporate purposes.