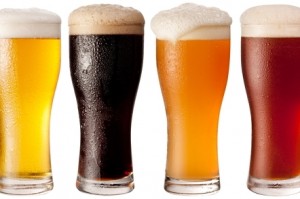 Hadley Mullin, a TSG managing director, says the sale represents a “phenomenal return” for TSG and co-investors Steele Platt, who is Yard House’s chairman and founder; Harald Herrmann, president and CEO; and, Carlito Jocson, corporate executive chef. “We couldn’t be more thrilled with this outcome for Yard House,” Mullin says. “We feel incredibly fortunate to have been partnered with Platt, Herrmann, Jocson, and the rest of the Yard House team.”

TSG, which invests in consumer companies, acquired a majority stake in Yard House in 2007 in a deal valued at less than $200 million, according to press reports. The PE firm put in about 40% equity, a source says. The investment was also the first from TSG’s last buyout fund, TSG5 LP, which raised $900 million in 2007. TSG5 produced an IRR since inception of 10.21%, according to Dec. 31 data from Colorado PERA. TSG, in November, raised $1.3 billion for its sixth pool.

Mullin declined to comment on how much TSG invested. The PE firm had spent 10 years looking at the restaurant sector, and evaluated 100 different concepts, before buying Yard House, she says. TSG liked Yard House’s unique guest experience, the high-quality dining offered and its wide drink selection, she says. “We could envision a family enjoying Yard House as well as a group of young professionals heading there after work,” she says. “It has wide demographic appeal.”

Yard House is currently TSG’s sole restaurant holding. But the PE firm expects to do more deals in the sector, Mullen says. “We hope Yard House is the first of many more successful restaurant partnerships to come,” she says.