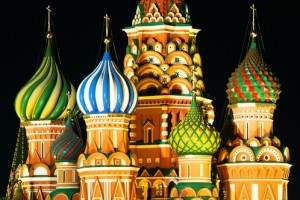 (Reuters) – A U.S.-based private equity firm has invested alongside a Russian state fund in Moscow’s MICEX-RTS bourse, gaining access to the stock exchange ahead of an expected IPO, the parties announced on Friday.

It is a rare investment by U.S. private equity into Russia, typically avoided due to concern about the country’s reputation for corruption and red tape.

The state-backed $10 billion Russian Direct Investment Fund (RDIF) was created last year in order to alleviate those concerns by allowing foreign investors to commit capital alongside the government.

Under Friday’s deal, New York-based Cartesian Capital Group is taking a stake of 2.5 percent in MICEX-RTS while the RDIF is increasing its stake from 1.25 percent to 2.7 percent. Cartesian, founded in 2006 by the senior management team of AIG Capital Partners, specialises in investing in emerging markets.

Peter Yu, managing partner at Cartesian, said MICEX-RTS was well positioned to benefit from the priorities of both the Russian government and the Russian economic elite in building strong capital markets in Russia.

“I believe some of the political risk that has previously troubled investors in Russia is less relevant here,” he said, noting that MICEX-RTS’ success is closely tied to Moscow’s ambitions to become an international financial centre.

Terms of the deal were not disclosed but a source familiar with the situation said the total investment was over $100 million. UniCredit Bank is selling part of its stake, reducing it from 9.6 percent to 6.2 percent.

“It is our first transaction with a U.S. private equity firm and we’re looking forward to building investments with people from different geographies,” said RDIF Chief Executive Kirill Dmitriev in a telephone interview.

It is also the second investment the RDIF has made into the MICEX-RTS exchange. In January the RDIF invested with the European Bank for Reconstruction and Development in MICEX-RTS, buying a total stake of 7.54 percent.

MICEX-RTS was valued at $4.5 billion in December last year when the two Russian exchanges combined, with a view to floating in 2013. The source familiar with the situation said that Friday’s deal was done at a small discount to the merger price.

“We want to make sure that the MICEX-RTS has value-added investors – and Cartesian has good experience in financial services,” said Dmitriev. “It’s all an effort to build a good shareholder base prior to an IPO.”

Other investors in the MICEX-RTS are the Central Bank of Russia with 24.33 percent, which is planning to sell shares in the IPO, Sberbank, Russian state development bank Vnesheconombank and Gazprombank.

Dmitriev said that the pipeline of other deals for the RDIF is “looking strong” and estimated the fund will do another five or six transactions by the end of the year.

“We think Russia is looking quite attractive in comparison with many other markets and the growth prospects here are significant,” Dmitriev said.

Russia’s RDIF fund is being capitalised with $2 billion a year in state cash over the next five years. It invests on a risk-sharing basis in projects as long as its foreign partners at least match it, dollar for dollar.

It is the third deal by the RDIF, with the other two being the January investment into the MICEX-RTS and buying a stake in power generator Enel OGK-5.