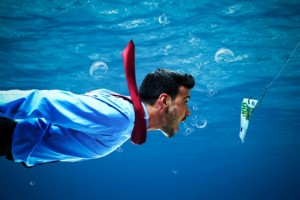 Unitranche loans, a hybrid of senior and mezzanine loans, are becoming increasingly popular in Europe as an alternative to syndicated bank loans for small and medium-sized companies.

Until recently, the size a borrower was able to raise in a unitranche financing was capped at around 150 million euro ($183.89 million) but three deals in December exceeded that, after increased demand from borrowers and lenders.

Bain’s acquisition of the concrete and clay businesses was backed with about 250 million pounds ($390.48 million) of unitranche financing from GSO Capital, the credit platform of Blackstone, making it the largest of its kind in the European market, according to bankers.

Elsewhere, Ares Management and GE Capital said on December 5 they provided a 187 million pounds unitranche financing from their joint venture, the European Senior Secured Loan Programme, to back Montagu Private Equity’s buyout of UK software company Open GI. It was the largest unitranche from the 1.75 billion euro ESSLP since its formation in 2012.

Macquarie Lending, Tikehau and Hayfin Capital Management announced on December 10 that they had underwritten a unitranche financing for the management buyout of sea salt producers Group Salins. The unitranche was also large and totalled 170 million euro, banking sources said.

In Europe banks have become increasingly wary of taking on risk and leverage amid volatile macroeconomic conditions and closer scrutiny from regulators. Shadow banking has attempted to capitalise on an opportunity to fill the financing gap and the number and size of funds capable of investing in the space has increased.

“Unitranche loans will get bigger because in that part of the market companies either go for a high-yield bond or a loan and in the syndicated market, banks have backed off a bit mainly due to a significant credit wobble in Europe but also because banks got hung in the market on some difficult deals. There has definitely been an opportunity for private debt funds to come in and take the whole load when financing a business,” the direct lender said.

A banker added: “More people out there are willing to do large unitranche financings. There is regulatory pressure on banks to limit leverage, so there is a financing space to be filled.”

Direct lenders are attracted to the returns on offer from unitranche loans which typically range from 7 percent to the low teens. Mezzanine investors are also diversifying and offering unitranche financing, eager to put funds to work after a lack of demand for the mezzanine product.

“If a borrower can find a unitranche lender willing to do a big size loan, and there are a few people out there that will, the borrower takes away market risk. They are probably still paying those direct lenders close to what they would pay an underwriter in fees and they will pay more in interest but they also remove the downside of market risk and having to pay for flex if the deal doesn’t sell well,” the banker said. ($1 = 0.8157 euros) ($1 = 0.6402 pounds)