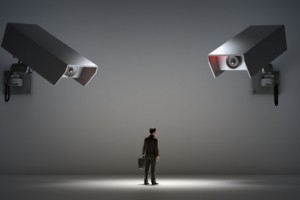 First, there was the National Security Agency. Now, we have…The Carlyle Group?

Carlyle Group used ‘smart chips’ implanted in name badges to track limited partners at its annual meeting earlier this month, according to two people with knowledge of the situation.

The smart badges were intended to help the mega-firm better understand limited partner preferences for its many products by tracking their movement around the annual meeting, said one of the sources, a Carlyle LP.

[contextly_sidebar id=”wn60M5o3lJTA6TuCi1vsNUJaY3VFAhfX”]The technology behind the badges is not clear. There are products in the market for employee tracking and monitoring. For example, Hitachi developed the Hitachi Business Microscope—employee ID badges equipped with sensors to record communications and behavior among employees, according to Hitachi’s website. The Business Microscope also tracks and records employee movements throughout the day.

It is not clear if this is the first time Carlyle Group has used the technology to collect data on its investors at the annual meeting. The firm uses an array of technology at its events, including video and an app for viewing Carlyle Group presentations, according to a person with knowledge of the firm.

Carlyle Group declined to provide details about its NSA-like technology. (Or is that CIA-like? You know—pens that squirt poisonous ink, canes that unsheathe into swords…)

There’s also a question of just how open Carlyle Group was in telling LPs about the technology they were wearing.

The Carlyle LP said the firm gave its rationale for surveillance of investors when asked about it; however, another investor at the meeting said no explanation was given. That investor threw out the badge.

“If they’re tracking me, they have me going to Staten Island” to a garbage dump, the investor said.

The Carlyle LP told of a joke going around the annual meeting involving a male LP giving his badge to a female LP, who would then take both badges up to her room for the night in a ploy to manufacture some romantic drama. You know, give the data geeks at Carlyle something to blush about.

“I can’t tell you how creepy I think that is…a GP tracking your movements,” one LP with no connection to Carlyle Group said. “That’s just a touch too Orwellian for my taste.”

Carlyle Group has more than 1,650 investors from 78 countries, according to its website. And hundreds of those investors show up at Carlyle’s annual meeting,which according to one LP is something like the Burning Man festival of the private equity industry.

In other words, Carlyle has a large and growing community of consumers it markets to, and having a big chunk of them in one place is a prime opportunity to study their behavior. It would be interesting to find out just how helpful this data was to Carlyle’s marketing efforts.

Next year, though, I suggest leaving the surveillance to the pros and let the LPs roam freely in peace.