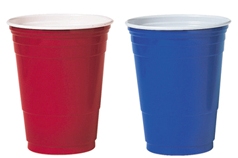 There’s been a lot of press about Dart Container’s $1 billion buy of Solo Cup Co.

But there’s not been much mention about Vestar Capital Partners’ return on the deal. Vestar’s investment dates back to 2004 when Solo Cup was trying to buy Sweetheart Cup in a $917 million deal. Vestar, which has offices in New York, Denver and Boston, buys both minority and controlling stakes. It targets companies in consumer, financial, healthcare, diversified industries, plus media & communications.

Solo brought in Vestar to help finance its buy of Sweetheart. The Deal says Vestar injected $216 million (other press reports say the PE firm put in $240 million but that includes co-investors, I’m told). Vestar, for its investment, got 33% of Solo’s preferred stock and gained the right to appoint a majority to the company’s board if Solo failed to perform. The family of Leo J. Hulseman, Solo’s founder, retained control.

In late 2006 as Solo losses continued to grow, Vestar gained control of Solo’s board. The PE firm owned 33% of Solo, Reuters has reported.

Vestar and Solo did try to cut costs, The Deal says. Beginning in 2007, the Lake Forest, Ill.-based company shut three North American factories, cut more than $300 million in long-term debt and unloaded unprofitable operations. But sales didn’t improve. Solo posted $1.6 billion in sales for the 12 months ended Sept. 26, 2011, down nearly 24% from $2.1 billion in 2007, The Deal says.

Vestar is expected to record a $38 million, or 18% gain, on its 2004 investment in Solo Cup, The Deal says. I’m hearing this is accurate. The Hulsemans, which own two-thirds, will collect less than $60 million for Solo. Vestar, meanwhile, is getting $254 million, the story says.

The Deal maintains that Vestar’s gain is small but is it? Because it’s a preferred stock owner, Vestar will be first in line to get paid, the source says. “An 18% return is pretty positive,” the source says. And, with the successful realization of Solo, Vestar will have returned more than $2 billion to investors over the past 2.5 years.