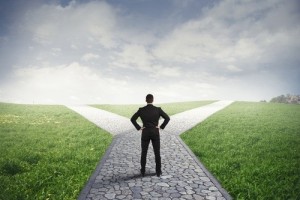 Vista Equity Partners is conducting a dual process — a sale and an IPO — for TransFirst Holdings Corp., a company it acquired less than a year ago, two sources said.

On Oct. 16, TransFirst filed to raised $100 million in an IPO, according to an SEC filing. The company did not disclose how many shares it would sell or their price range. Goldman Sachs, JP Morgan and Credit Suisse are joint book runners on the deal.

Vista is also looking for a buyer for TransFirst, people said. It’s unclear how much TransFirst is seeking. The merchant processor generated $74.5 million in adjusted EBITDA for the six months ended June 30, the SEC filing said.

TransFirst could sell for $1.5 billion to $2 billion, which is 11x LTM EBITDA of $150 million, a banking source said.

Hauppauge, New York-based TransFirst is one of the largest providers of secure payment processing in the U.S. The company handles about $48 billion in annual transaction volume for about 200,000 merchants and financial institutions. Vista closed its acquisition of the company in November 2014 in a deal pegged at $1.5 billion.

Strategics that may have interest include Heartland Payment Systems Inc. and Global Payment Inc., sources said. A fourth banking source doubted there were any parties, strategic or private equity, that would acquire TransFirst.

“Vista always seems to pull a rabbit out of the hat, so you never know,” the first banker said.

Vista is the third private equity owner for TransFirst. Vista bought the company from Welsh, Carson, Anderson & Stowe, which had acquired the company for $683 million in 2007 from GTCR.

The TransFirst sale comes as Vista Equity is reportedly planning to raise as much as $8 billion for its newest fund, Bloomberg News reported on Oct. 5. Fundraising could begin this month, the story said.

Vista used its fifth flagship fund, which closed at $5.775 billion in October 2014, to buy TransFirst. Performance data for the young fund was not available. The firm’s fourth flagship fund collected $3.5 billion in 2012. Vista Fund IV is producing a 20.5 percent IRR and a 1.59x total value multiple as of June 30, performance data from the Oregon Public Employees Retirement Fund said.