Vista Equity Partners is taking Ping Identity public in a deal that could see the buyout firm doubling its money.

Ping, an online ID management company, is seeking to raise $187.5 million with its IPO, according to a Sept. 9 regulatory filing. The company is selling 12.5 million shares at $14 to $16 each. Underwriters on the deal have the option to buy another 1.875 million shares via the overallotment option (the greenshoe).

Ping’s stock is slated to trade on the New York Stock Exchange under the ticker symbol “PING.”

Robert Smith’s buyout shop opted for the IPO after trying to sell Ping earlier this year, a source said. The auction process did not result in a buyer mainly due to Vista’s high price expectations, according to the source familiar with the company. The tech-focused private equity firm wanted to sell Ping for up to $2 billion, the person said.

Vista is known for setting high and sometimes unmatchable price targets when selling its assets. Vista-backed Omnitracs, which the firm wanted to sell for $2 billion in May, is still without a buyer, according to sources.

Ping is an online ID management company. Based in Denver, Colorado, Ping provides authentication and security services to enterprise customers. Ping Identity uses artificial intelligence and machine learning to analyze device, network, application and user behavior data. The company’s customers include more than 50 percent of the Fortune 100 enterprises, according to the SEC filing.

It does not appear that Ping paid out any dividends during Vista’s tenure. The buyout shop owns nearly all of the company or 97.2 percent, the SEC filing said.

Private equity firms typically do not sell stock during an IPO. Vista is not offering any Ping shares but will see its stake fall to 79.6 percent after the IPO. It currently owns about 63.4 million Ping shares. At $15 a share, the mid-point of the IPO range, Vista’s stake is valued at $950.5 million.

Assuming the $500 million equity is correct, and there were no dividends, Vista is expected to make 1.9x its money on the Ping IPO.

Spokespeople for Vista Equity and Ping Identity did not return request for comment before press.

With assistance of Luisa Beltran. 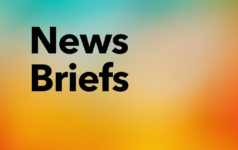