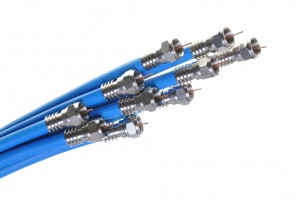 (Reuters) – British telecom group Vodafone has reached a preliminary deal to buy Spanish cable group Ono after raising its initial bid for the company, two people with knowledge of the discussions said on Friday.

The private equity-backed Ono, which sells fixed and mobile phone, TV and internet services, had been preparing a listing that would value the company at 7 billion euros ($9.6 billion), including debt. The plan would be cancelled if Vodafone’s bid is accepted.

Sources said Vodafone’s bid would have to be substantially higher than that value to persuade Ono to drop the listing.

Vodafone, which is already present in Spain as a largely mobile operator, held talks and made an initial offer to some of Ono’s private equity owners in January, sources earlier said.

Another round of talks took place on Thursday, the two people said.

“A meeting took place yesterday between the shareholders and (Vodafone Chief Executive) Vittorio Colao. The due diligence will start this weekend in order to make the offer binding,” said one of the sources.

A second source said Ono’s private equity shareholders told Vodafone at the meeting that the offer would have to be “substantial” and come before March 13, when the cable group is due to formally go ahead with a planned initial public offering to list on the Madrid stock exchange.

Ono has 1.9 million customers on its cable network that covers 70 percent of Spain, or 7.2 million households out of a total of 16 million.

Having built the network later than other cable and telecom companies, Ono boasts of having broadband speeds of up to 200 megabits per second, or up to 20 times the average speeds of rival networks.

To win over Ono’s shareholders and convince them to shelve the planned IPO, Vodafone would have to make an offer “substantially higher than the previous ones,” said the second person.

For Vodafone, a purchase of Ono would be its third acquisition in fixed broadband in Europe in two years. The deals are aimed at improving its networks and shoring up its European businesses following the $130 billion sale of its U.S. arm in February.

Vodafone boss Colao said recently the group could have the capacity to spend $30 billion to $40 billion on acquisitions in coming years and no deal should be too big if it makes strategic sense.