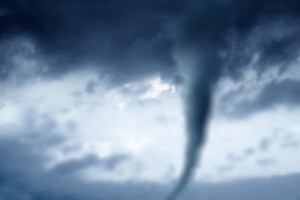 Blackstone and Bain Capital have hopped onto the dividend train.

The new loan spurred Moody’s Investors Service to downgrade Weather’s corporate family rating to ‘B1’ from ‘Ba3.’ The ratings agency said the downgrade reflects the company’s sharp increase in leverage to 7.5x from 5.5x at March 31 due to the transaction.

The distribution is the first time The Weather Company is paying out a dividend, a source says. In 2008, NBC Universal along with Blackstone and Bain acquired the Weather Channel for $3.5 billion. Moody’s said at the time that the buyers provided $1.95 billion of equity. The $600 million dividend will go to all of The Weather Company’s shareholders, but it’s not clear how much Bain and Blackstone will receive.

Moody’s said Thursday it had thought NBC Universal would exert a conservative influence on The Weather Channel’s financial policy. The dividend signals that NBC Universal does not view the company as a strategic core asset but as an opportunistic investment, Moody’s said.

“The importance of weather information in the daily lives of most Americans provides a solid and consistent audience for advertisers, which along with opportunities for further dissemination of the dominant Weather Channel brand in our view, support the company’s growth prospects,” Moody’s said in a report. “The rating is constrained by the partial private equity ownership of the company, which we believe leads to higher financial risk tolerance and an increased possibility of future shareholder friendly activities, as demonstrated by its proposed dividend transaction.”

The Atlanta-based company provides weather information to consumers and businesses through various platforms. The most famous is “The Weather Channel,” the U.S. cable network. In October, the Weather Channel changed its name to the Weather Company. The New York Times said the rebranding reflected the fact that much of Weather’s growth comes from the Internet and specialized products for business, not just TV.

The Weather Company recently introduced three new web series — “I am Unstoppable,” “Virus Hunters” and Alive” — as the company seeks to expand its content beyond forecasts and national disasters, paidContent said. TV shows include “Coast Guard Alaska,” “Turbine Cowboys” and “Iceberg Hunters,” in addition to  Weather.com.

The Weather Company referred questions to Blackstone and Bain. Blackstone could not be reached for comment while Bain declined comment.