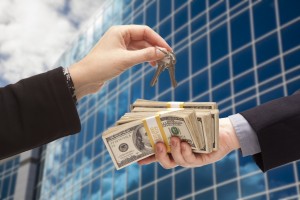 Welsh, Carson, Anderson & Stowe is near a deal to exit Triple Point Technologies.

The New York-based private equity firm has sold Triple Point to ION Trading, two sources say. One banker says the deal has closed and an announcement could be made within a month.

Boston growth equity specialist TA Associates owns a small stake, about 10% to 15%, in ION. CEO Andrea Pignataro, who founded ION in 1999, is believed to own the rest of the company.

Bloomberg News, which reported the sale earlier today, values the deal at $800 million.

ION Trading Technologies S.a.r.l., which is owned by ION Trading Technologies Ltd., raised $1.1 billion of debt last week, according to Thomson Reuters Loan Pricing Corp. IONTT will use proceeds, along with $70 million in cash, to repay $218 million of existing debt and to fund a $965 million dividend to parent ION Investment Group, Moody’s Investors Service says.

Westport, Conn.-based Triple Point provides software to manage commodities and enterprise risk. The company employs 850 people spread through 15 offices. Welsh, Carson acquired Triple Point in late 2011 for about $500 million. Earlier this year, the PE Firm put Triple Point up for sale. It hired Deutsche Bank and Barclays to advise on the process. Along with ION, SAP was also interested in buying Triple Point, peHUB has reported.

News of the sale comes as Welsh, Carson is expected to begin fundraising later this year, sources say. The firm collected $3.7 billion for Welsh, Carson, Anderson & Stowe XI LP in 2009. The pool was 66% invested as of December, one person says. Fund XI is producing a net IRR of 11.5%, according to Sept. 30 data from CalPERS.