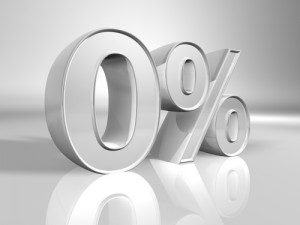 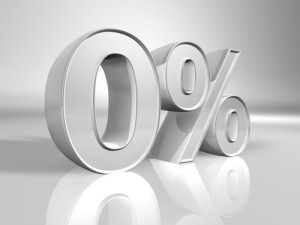 Zilch! Nada! Why the Dell deal got done and the alleged Best Buy LBO seems to drag on into perpetuity (or, more likely, eventual Ch. 11) isn’t because the Dow crossed the elusive 14,000 mark or because Washington lawmakers failed to send the U.S. plummeting off the fiscal cliff.

‘Big LBOs’ are, in fact, not back—even if the S&P is predicting a trillion dollars’ worth of M&A in the U.S. this year for the first time since 2007.

First, Michael Dell is a very unique founder/CEO. Along with his 14% stake in the PC maker that bears his name, he also used his own cash and his investment arm, MSD Capital, to contribute about three-quarters of the LBO’s equity. Dell was the biggest investor in his own LBO, which really makes the deal that much more of a management buyout. Nobody seems to be splitting hairs right now.

Contrasting Dell to, say, former Best Buy executive Richard Schulze: Schulze doesn’t have a multi-million dollar fund of his own to support a LBO for the retailer. He’s just got his own stake in the retailer to contribute to the deal, which likely will not be enough. This is part of the reason why Schulze hasn’t succeeded on the bid he launched last summer; the other major part of his difficulty comes from the fact that several of the LBO shops that looked at Dell also considered Best Buy, and passed.

So, factor out the founder and his stake and his cash. There are still plenty of reasons other big Silicon Valley tech companies shouldn’t expect to have take-private-minded bankers knocking at their door, any time soon.

Microsoft is another big part of the reason the Dell deal got done. PeHUB alum Dan Primack speculated yesterday that part of the reason Microsoft became a debt holder and not an equity holder in the transaction is because it might have rankled relationships with other companies. But, again, look at what held Schulze up: a lack of financing. It isn’t clear whether the Dell deal would have gotten done without Microsoft’s involvement, despite what is being said about the availability of debt.

Furthermore, there are only a limited number of LBO shops capable of shopping a deal for more than $10 billion to banks—never mind whether or not those banks would even be willing to sign off on said financing package. After the way the last LBO boom went, it also isn’t clear every PE firm wants to be in the headlines for a mega-buyout.

That isn’t to say another big transaction would not turn up between now and the end of 2013. Chesapeake Energy is replacing its CEO; KKR has been a buyer from the company in its turbulent and immediate past. Best Buy’s buyout could still happen—although, it becomes less likely with each passing minute—and private equity firms continue to watch supermarket chains and healthcare IT opportunities with big eyes.

The Dell deal wasn’t an LBO so much as it was a leveraged buyout, plus a strategic investment, mixed in with a heaping serving of MBO. Along with Best Buy, market watchers have gotten their hopes up for LabCorp and Staples deals, only to have thus far wasted their time. There will be more rumors to fly between now and the end of 2013 (or, at least, the end of cheap debt). But it is very likely Michael Dell’s buyout will be the biggest of this year.