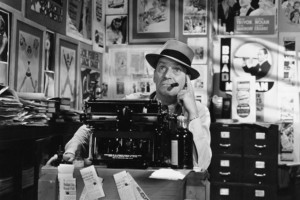 Some general partners have taken a fairly relaxed view of the recent leak of their limited partner agreements—which raises the point that what has been under lock and key for so long in this industry actually doesn’t need to be.

Many things are still unclear about how these contracts found their way into the public domain, though I’ve heard from a few sources they were accidentally made public. Pennsylvania officials told some of the people I spoke with they were working to “rectify” the issue. I’m not exactly sure what that means beyond, “Hurry up and remove the documents!”

A Pennsylvania Treasury spokesperson pointed me to the state’s pension funds when I asked for an explanation, as individual state agencies are responsible for uploading contracts onto the e-contracts library. Pamela Hile, a spokeswoman for the Pennsylvania State Employees’ Retirement System, said the agreements are not the state employees’ fund’s records. The Pennsylvania Public School Employees’ Retirement System has not responded to numerous calls and emails seeking comment.

The sense I got was that many of the firms didn’t care very much that the information was out there. The information in the documents was not shocking stuff—general market terms like fees and expenses, key man events, steps in dissolving the partnership, tax implications. One source commented there is nothing surprising in the documents and anyway, private equity isn’t really “private” any more.

GPs have long argued that revealing these contracts to the public would risk revealing trade secrets to competitors. I’m no lawyer, but a quick scan of two of the documents didn’t reveal much that would likely damage a brand just by the mere fact of them being accessible to the public.

Transparency is vital, especially in the public realm. When public institutions enter contracts with vendors, the documents should be open for scrutiny by all constituents.

More importantly, in light of the revelations by the U.S. Securities and Exchange Commission about bad behavior among private equity firms that have faced examinations, these contracts should be available for public scrutiny. To make sure the firms are living by the letter of their contracts, and to make sure the fiduciaries entrusted with managing money—especially at public institutions—are keeping their eye on the ball.

The SEC’s revelations show not only that some GPs were not playing by the rules (or stretching the rules as far as they could), but also that some LPs were not as engaged as they should have been. If the fiduciaries are having a hard time keeping track of their GPs, then open these records to the public and make oversight everyone’s business.